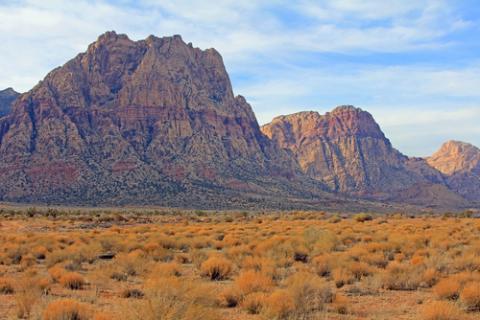 NEW YORK CITY — The Moapa Band of Paiute Indians have formed a joint venture with Terrible Herbst Inc. and Stronghold Engineering Inc. to build as much as 1.5 gigawatts of renewable energy projects on its land in Nevada.

The first project will be a 250-megawatt solar farm in which the tribe will maintain majority ownership, said Sandy King, director of renewable–energy project development at closely held Stronghold. Excess electricity from the solar farm and future projects will be sold to utilities throughout the U.S. Southwest. The supplier of the solar modules is still being determined and costs aren’t being disclosed, she said.

“This is going to provide a strong economic base for the tribe,” King said in an interview today. The Moapa reservation, about 30 miles (48 kilometers) northeast of Las Vegas, spans 70,000 acres and “is more than sufficient to support the 1.5 gigawatts of generation,” she said. The tribe also may replace a coal-fired plant with one that’s fueled by natural gas.

The U.S. last year approved a separate 350-megawatt solar farm, the first utility-scale project on American Indian tribal lands, from which the Moapa will receive lease income. The Moapa tribe organized under a constitution approved by the U.S. in 1942.

Terrible Herbst is a closely held Las Vegas-based company that sells gasoline from more than 100 locations in three western states.