More
Home Blogs Mr. Bush and the Truth about Oil

When people are given accurate information about the costs of oil dependence, according to the latest survey from the Consumer Federation of America (CFA), they make better decisions, like choosing higher vehicle fuel standards that will lead to less oil consumption.

Which is what makes the keynote address by former oil man and former President George W. Bush at the WindPower 2010 conference so troubling. It was filled with deception, misdirection and untruth. The crowd enjoyed and applauded the folksy, funny anecdotal presentation, which means it absorbed the former President’s inaccuracies along with his stories. And, as U.S. Oil Market Fundamentals and Public Opinion (completed just before the Gulf oil castastrophe) shows, when people have inaccurate information they make decisions like “drill, baby, drill.”

Fortunately, Mr. Bush also delivered some entirely accurate and sound messages in his talk. He emphasized that wind energy is one of the ideas that will deliver the nation from its oil addiction. He is certainly to be applauded for having the integrity, as a self-proclaimed son of Texas, to have declared the U.S an oil addict during his presidency and having done what he did for the Texas wind industry in the 1990s.

Yet even in recounting how he, as Governor of Texas, helped make the state into the nation’s wind energy leader, he disappointed. In listing the policies he instituted as Governor in support of wind, there was a glaring omission. He listed first and foremost “good sound law” that allows entrepreneurs to get a “reasonable return” for investment risks. He also called for low taxes, streamlined permitting and expanded access to transmission.

What President Bush omitted was the one thing the American Wind Energy Association (AWEA) and every other speaker at the convention, including North Dakota Senator Byron Dorgan, Colorado Governor Bill Ritter, Iowa Governor Chet Culver, Ohio Governor Ted Strickland, CEOs from major wind companies across the country and around the world and the AWEA CEO Denise Bode, were clamoring for: A national Renewable Electricity Standard (RES). ::continue:: 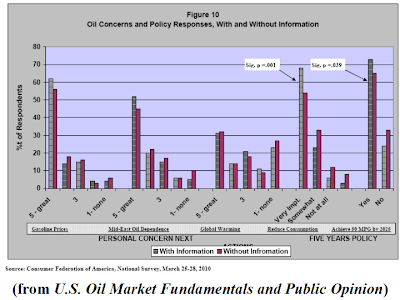 An RES is a mandate requiring regulated utilities to obtain a specific portion of their power from New Energy sources by a date certain. The wind industry wants an RES requiring 20% New Energy by 2020 or 2025. Under then-Governor Bush, the Texas legislature instituted a 2,000-megawatt mandate. An endorsement of a national RES from the former President would surely carry weight with enough Senate Republicans to push it through but no such endorsement was rendered.

The most difficult parts of Mr. Bush’s keynote were things that seemed either sadly ignorant or intentionally subversive. That there was a strong sense of deep anger beneath the folksy presentation suggested intentional subversion. But, as usual, the former president’s social leveling act allowed some observers, like New York Times blogger Kate Galbraith, to dismiss the inaccuracies as casual ignorance and verbal clumsiness.

What was below the surface of the President’s presentation was surely the most interesting aspect of the former President’s appearance. It is a shame that other observers failed to comment on how clearly he demonstrated the Freudian link between humor and anger. His self-effacing, good-old-boy, folksy persona remains intact. But being in the room, up close to the act, it was possible to see and sense in the President’s presence something very intense, something seething, something defiant. Beyond reporting the observation and noting that it is a psycho-emotional mindset typical of the alcohol addicts he once again admitted to being at the end of the session, it is a subject best left to others.

He said he did not want to generate news or criticize his successor because “…I didn’t like it when a former President was unbelievably critical during my presidency…” This was a clear swipe at former President Carter’s principled opposition to the Iraq war and, as Mr. Bush wished, it did not generate news. Enmity, yes, but news, no, because the mainstream press bought his folksy act.

He told a charming story about what it is like to be out of the White House and free to take Barney, the former First Dog, for a walk in his Dallas neighborhood. When Barney chose to do his business on a neighbor’s lawn, Mr. Bush realized he wasn’t in D.C. anymore. 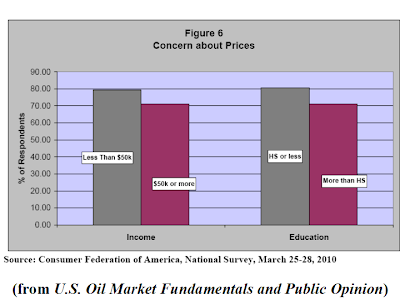 “So there I was, the former President of the United States, with a plastic baggie…” Mr. Bush joked to the crowd’s hilarity. “Picking up that which I had been dodging for 8 solid years.” In one subversive slash, he jokingly dismissed all the illegitimate and legitimate criticisms of him as dog poop.

Undoubtedly the most disturbing point in Mr. Bush’s talk came near the end of his prepared remarks. We are in a transitional period, he said. A comprehensive energy policy is necessary. But his grandchildren, he envisioned, “…will be driving electric cars powered primarily by renewable sources of energy, be it natural gas – which now as the result of a technological breakthrough we have 200 years of supply – whether it be nuclear power or whether it be solar and wind energy…”

The first correction to this misinformation is that battery electric vehicles (BEVs) will be widely available in late 2010 and early 2011 so there is no need to plan on waiting out another generation of oil dependence before driving one. Though nearly half of the grid electricity that will power those BEVs is still supplied by coal, the other half comes from natural gas, nuclear energy and renewables.

More importantly, Mr. Bush’s own observation that there is a time limit on the supply of natural gas proves it is not a renewable source of power generation. And many doubt the very optimistic predictions about the extent of the shale gas reserves to which he referred. They are optimistic predictions that echo BP’s promises that they could control Gulf of Mexico deepwater drilling spills.

Natural gas is cleaner than coal but it is a fossil fuel. Some theories suggest that the 200-year supply to which Mr. Bush referred, which will be obtained only through the energy-intensive and environmentally questionable “technological breakthrough” process of hydrofracking the shale holding the reserves, could produce more greenhouse gas emissions (GhGs) than burning coal. 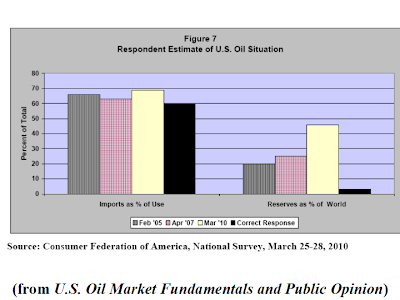 It has been a difficult spring for fossil fuels. 29 coal miners were crushed, 11 oil platform workers were incinerated and the U.S. is facing the worst human-induced environmental disaster in history.

The nation is, by virtually every commentator’s report, at a crucial crossroads in its energy life. It can move ahead into a New Energy future or it can remain mired in the deadly and disastrous Old Energies. It can level its mountains for coal and live with black tarry beaches and oil-shiny oceans or it can build the infrastructure to draw on the clean, free power of sun and wind, flowing waters, deep earth heat and its own waste.

The people of this nation will choose the leaders who will control the decision-making process that takes place at the crossroads. At the very least, they deserve to have accurate information when they make the call.

Some facts: The U.S. imports 60%+ of its oil. Gulf oil is about 15% of U.S. production but U.S. oil provides only about 3% of what is consumed and Gulf oil is therefore only 0.3% of world oil reserves.

Generally, the people of the U.S. believe the nation has as much as 45% or more of the world’s oil. When they are given accurate information about how little is held domestically, support for policies that reduce oil dependency in general goes from 54% to 68% and support for a strong auto fuel efficiency standard goes from 66% to 72%.

They say the truth hurts. It most hurts those who profit from untruth. 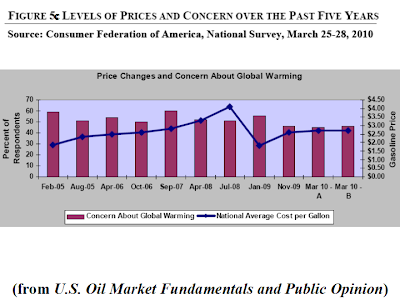 This post is based on U.S. Oil Market Fundamentals and Public Opinion: Consistent Concerns and Support for Policies to Reduce Consumption Despite Wild Price Swings by Mark Cooper (May 2010, Consumer Federation of America)

(A shorter version of this piece originally appeared at Greentech Media.)