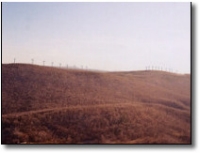 Washington, D.C. – January 31, 2003 [SolarAccess.com] The electricity will be supplied by the Mountaineer Wind Energy Center, the largest wind generating facility in the Eastern United States with 44 turbines, which began operating in December 2002. Washington Gas Energy Services also announced that almost 5,000 residential and small commercial customers have signed contracts to purchase some or all of their electricity from the new wind facility. WGES is the first electricity provider in the nation’s Capital to offer CEI’s NewWind Energy product to all of its customers. “As these businesses and institutions step forward to lead the effort to improve our environment, WGES is pleased to be able to provide them with locally- generated, competitively-priced clean wind energy,” said Harry Warren, president of WGES. “Their leadership is encouraging thousands of local residents and small businesses to join in purchasing Renewable Energy.” One of the residents buying wind energy is Silver Spring, Maryland’s Laura Boeck, who said, “I’m happy to have the chance to choose Renewable Energy. This is an easy way to contribute to a world where we can all breathe cleaner air. To me it’s worth it, even if I have to pay a little more, to protect the health of my family.” American University has committed to buying 5 percent of its electricity from wind power for at least the next five years. “We’re glad to be able to support wind-generated electricity,” said Willy Suter, director of American University’s physical plant operations. “We want to reduce the tremendous negative impact that burning fossil fuels has on our air, water, and public health. We believe buying wind energy is the right thing to do and a way for the university to make a market statement consistent with our values.” Norm Thompson Outfitters, a catalog retailer based in Portland, Oregon, is purchasing almost 20 percent of the power output of a wind turbine for its Kearneysville, West Virginia, distribution center. World Wildlife Fund, with 1.2 million members in the United States, is purchasing 10 percent of the power for its Washington, D.C. building from wind energy. Ecoprint, a printing and mail services company in Silver Spring, Maryland, has become the first Washington, D.C. area business committed to buying 100 percent of its electricity from this wind program. Also in Washington, the Institute for Local Self-Reliance has become the first known non-profit organization to commit to getting 100 percent of its electricity from wind power. Today’s announced purchases from residential, small commercial, and institutional customers create a demand for the output of 2.2 of the Mountaineer facility’s 44 wind turbines. Together with earlier commitments, approximately 25 percent of the facility’s output is now under contract to regional end-users, totaling approximately 40 million kWh. The Mountaineer Wind Energy Center in West Virginia is the largest wind power project east of the Mississippi River. Each of the 1.5 MW turbines is 200 feet tall, with 100-foot blades. Exelon Power Team agreed to purchase all of the electricity produced by the wind turbines for 20 years, allowing the project to go forward. The project operator/owner is FPL Energy, the largest U.S. generator of wind power.