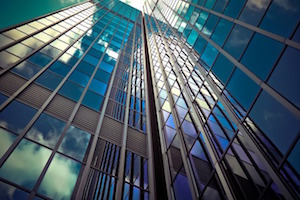 Morgan Stanley and Citigroup Inc. announced they will get all of their energy from renewables in a few years, another show of corporate support for climate action running counter to U.S. President Donald Trump’s view on the issue.

The New York-based banks are aiming for their operations to be carbon-neutral, Morgan Stanley by 2022 and Citi by the end of the decade, according to separate statements from the companies. Both plan to buy power from clean energy projects.

“Morgan Stanley has been committed for over a decade to reducing our greenhouse gas emissions through strategic energy efficiency in our buildings and adding new renewable energy capacity to the grid from on-site power generation at our own properties,” said Vice Chairman Tom Nides.

The statements is another sign that business has different views from Trump on climate after the president vowed to pull the U.S. out of the 2015 Paris Agreement involving almost 200 nations in a pledge to cut pollution. That promise requires cutting fossil-fuel emissions and boosting use of clean forms of energy such as wind and solar power.

“We’re committed to using renewable power sources for our global operations while continuing to provide financing for our clients’ renewable energy and energy efficiency projects around the world,” said Citi CEO Michael Corbat.

Both banks also are joining RE100, an initiative that brings together over 100 large companies that are working towards only running on clean energy. Other members include HSBC Holdings Plc, Bank of America Corp and Swiss Re AG.

Private companies are signing deals to buy electricity from renewable-power generators. Corporate buyers of power-purchase agreements include Apple Inc. which said it reached 93 percent clean-energy use in 2015.