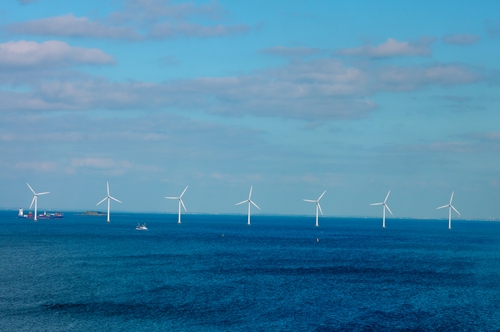 Ming Yang and Shenzhen-based Guangdong Nuclear will work together on the Golden Bay offshore wind project in Jieyang, Guangdong province, and develop wind on land and at sea in the Fujian province, according to a statement on Ming Yang’s website. The companies will also seek overseas “market opportunities,” according to the statement.

Chinese turbine manufacturers including Sinovel Wind Group Co. and Xinjiang Goldwind Science & Technology Co. are seeking to boost offshore wind operations in a market that’s dominated by European companies such as Vestas Wind Systems A/S and Siemens AG. China, where onshore wind growth is slowing, has a goal to build 30 gigawatts of offshore capacity by 2020 from about 200 megawatts now.

“The collaboration with CGNPC is strategically important for us to establish our leading position in offshore wind power development in China,” Chuanwei Zhang, chief executive officer of Guangdong-based Ming Yang, said in the statement. Ming Yang and Guangdong Nuclear will also set up a renewable energy fund and research improving utilization of wind and solar power, according to the statement.