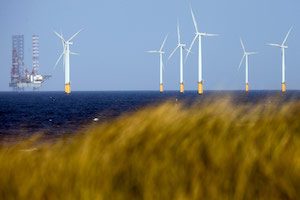 This is Microsoft’s second purchase of wind energy in the Netherlands in a year, which brings its total wind energy purchases in the country to 270 MW.

Eneco will provide Microsoft’s datacenters with green power for 15 years starting in 2022.

“Our purchasing of renewable energy helps improve the sustainability of our operations and local grids,” said Brian Janous, general manager, Energy and Sustainability, Microsoft. “This agreement is our 14th renewable energy power purchase agreement and brings our total clean energy portfolio to more than 1.5 GW. The electricity generated will help support the continued long-term growth of Microsoft cloud services delivered from the Netherlands, which is one of 54 Azure regions announced and part of one of the largest and most innovative cloud infrastructures in the world.”

In 2018, Eneco selected Microsoft as its preferred partner for cloud services, signing a three-year deal with Microsoft Azure, which enables Eneco to achieve the company’s goals and ambitions in the area of digital transformation.

Eneco is active in the area of sustainable energy and innovation. The company invests in wind farms, biomass power plants, heating and solar parks to increase the supply of renewable energy. Eneco is one of the shareholders of Borssele III/IV, being developed in the Dutch part of the North Sea.