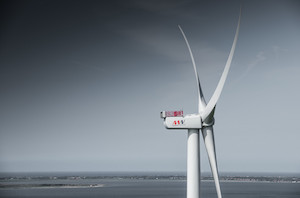 On Tuesday October 24, 2017 at the AWEA Offshore Wind Conference, wind turbine manufacturer MHI Vestas announced that it is making a $35 million investment with Clemson University to test its newest 9.5-MW gearbox at Clemson’s facility in Charleston, SC. The investment comes with a five-year contract and is an important first step for the manufacturer as it eyes the U.S. market.

The company said it intends to set up a U.S. office in a soon-to-be-decided location in early 2018 to officially enter the U.S. market.

In November 2009, the U.S. DOE awarded Clemson a $45 million grant to build and operate a facility to test next-generation wind-turbine drivetrain technology. The university matched the grant with $53 million in public and private funds and developed the Energy Innovation Center, which can test drivetrains on two test rigs: one up to 7.5 MW and the other up to 15 MW.

The university believes that the partnership with Vestas will be “game-changing” for the industry and Clemson.

“Not only will this work advance wind turbine technology, it will [also] propagate over into the education of our students and advancement of scientific knowledge. It is a true win-win for our respective institutions,” said Randy Collins, the university’s associate vice president in Charleston.

The test center will allow MHI Vestas to gain a better understanding of how the 9.5-MW gearbox and bearings will react over the course of a 20+ year lifecycle. By collecting and analyzing the test data the company said it will be able to optimize the service strategy for the turbine.

According to Thomas Karst, chief sales officer with MHI Vestas, this announcement catapults the U.S. onto the global offshore wind stage. “You are now testing the most powerful turbine gearbox ever,” he said at the keynote event.

During a press conference following the keynote, company execs said that offshore turbines represent about 30 percent of the project cost. (Compared to 80 percent for an onshore project.) It’s that other 70 percent that MHI Vestas intends to focus on to lower the cost of offshore wind energy in the U.S.

To that end, the company will set up a team of people in a new U.S. office sometime in the first half of 2018. The team will be heavily focused on building the supply chain, rather than creating a manufacturing plant.

“It’s very important for us to start bottom-up. Throwing in a factory [is not sustainable] in a boom and bust possible market,” said Karst.

The company understands that what the U.S. market is missing is the supply chain, which is why it intends to focus on that aspect of the emerging offshore wind industry. Karst explained that it’s important for MHI Vestas to put in place a team of people who are knowledgeable about MHI Vestas’ turbine components.

“You should not ignore all the things around the turbine in terms of job creation,” he said, adding that the company is “spending resources and having dialogue with essential suppliers from the U.S. that can supply MHI Vestas.”

Industry observers are excited about the announcement, viewing it as a very healthy sign for U.S. offshore wind going forward. MHI Vestas agrees.

“The key message is we are very, very optimistic about the U.S. market. We believe in it, that’s why we put our best foot forward here together with Clemson university,” said Karst.