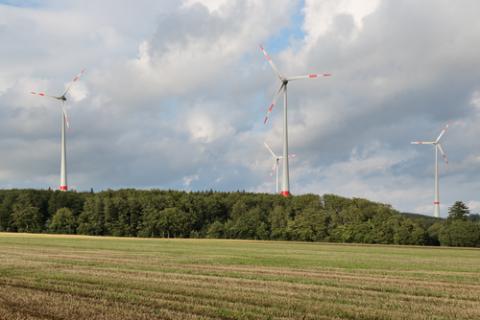 BERLIN — Chancellor Angela Merkel’s government may soften a proposal to cut support for the wind industry in a bid to appease regions concerned about job losses, the premier of the nation’s top wind state said.

Schleswig-Holstein, backed by at least three other northern German states, expects to strike a compromise with Merkel at a meeting today in Berlin on wind-power after “many, many” negotiations with Economy Ministry officials, the state’s premier Torsten Albig said by e-mail.

Merkel will meet Albig and leaders of the states at 6 p.m. today to discuss changes for clean-energy subsidies. The German government is seeking to cut the cost of Merkel’s unprecedented program to close nuclear reactors and replace them with renewables such as solar and wind.

Schleswig-Holstein’s Albig, backed by leaders of Bremen, Hamburg and Lower Saxony, wants the government to exclude from the cuts projects that replace older wind turbines. Those are known as repowering. The current plan is for a yearly cap of 2.5 gigawatts for onshore wind installations.

The Economy Ministry declined to comment when contacted by phone.

From Schleswig-Holstein in the far north to Bavaria on the Alpine rim, German states are jostling to slow plans hatched in January to scale back aid for new clean-power projects.

Merkel says the “Energiewende,” or energy switch, is her most important project. She has set a deadline for April 8 to get states and industry to back legislation setting new subsidies and capacity caps in a major overhaul to the 14-year- old EEG clean-energy law.

Economy and Energy Minister Sigmar Gabriel is open to reducing the electricity tax, he told ARD television on March 30. He didn’t comment on repowering. Lower Saxony Premier Stephan Weil has demanded a lower tax on power.