370 MW will be added to Scotland’s renewable energy capacity within 2017 after Wednesday’s approval of the Viking wind farm project on Shetland Islands (April 4, 2012). The 103 wind turbines will generate enough electricity to supply 175.000 homes, in other words, the small population of Shetland Islands 16 times over. 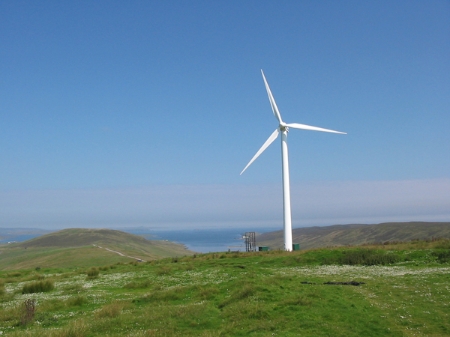 Most productive wind farm ever to be built?

Shetland has one of the best wind resources in the World: Stability and strength of the wind has already put the Shetland Islands on the map for hosting the most single most productive wind turbine, which generates electricity at 59% of the capacity.

It is clear that the Viking wind farm will benefit from the same wind resources and have increased efficiency rates compared to wind farms in other areas, which will help to reduce prices.

SSE’s director of onshore renewables, David Gardner, said the following about the approval:

“Shetland has a fantastic wind resource which means that the Viking Energy wind farm will be one of the most productive sites in the world.”

Demonstrations by the local residents

The project has long been discussed by the small society at Shetland Islands and as many as one tenth of the locals objected the development.

One of the strongest arguments for cancelling the project has been to conserve the local scenery and nature from 103 wind turbines on small group of islands.

Big rotating wind blades can also harm the birdlife. This is unfortunate for a place like the Shetland Islands, which is a breeding ground for several rare birds. It is unclear to which extent the wind farm project will do harm to the birdlife, studies has shown that “avian mortality” by wind turbines is insignificant in comparison to transmission lines and building windows (Pros and cons of wind power).

The initial outline of the projected suggested that as many as 200 wind turbines should be built the small group of islands, making Viking wind farm on par with the largest wind farm in the world, Alta in the United States, with a total capacity of 720 MW.