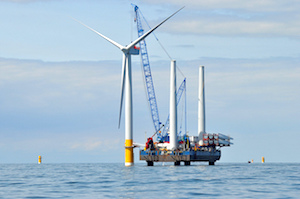 Unitil, National Grid, and Eversource Energy said in the RFP that bidders can submit proposals for up to about 800 MW, and the utilities will consider procuring up to about 800 MW if they determine that a larger scale proposal could produce better economics than other bids.

The utilities are seeking proposals that include open-access offshore transmission facilities to connect the offshore wind projects to the onshore grid.

Subsequent solicitations will be issued within two years to fulfill the state requirement for procurement of 1,600 MW of offshore wind capacity by June 2027, the utilities said.

Bids are due on Dec. 20, 2017, and a public version of bids will be available at macleanenergy.com.

Interested in the development of US #offshore #wind? Offshore Wind Executive Summit is NEXT month! Register #OWES17→ https://t.co/EramSGy2MA pic.twitter.com/QLg5Q3nprT