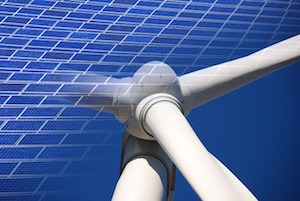 Rhode Island Gov. Gina Raimondo yesterday directed Rhode Island’s utilities to issue a procurement for up to 400 MW of clean energy, including offshore and onshore wind, solar and hydro resources.

The Office of Energy Resources will collaborate with the state’s utilities to develop the request for proposals. Details of the RFP will be released at a later date, according to the governor’s office.

“Because of the critical groundwork we have conducted in Rhode Island — including the first-ever offshore wind farm in the country and our nationally renowned energy efficiency programs — we have created a strong foundation for a more affordable, reliable and clean energy system,” State Energy Commissioner Carol Grant said in a statement.

Deepwater Wind began commercial operations of the first US offshore wind farm — Block Island — in December 2016. Deepwater in 2013 won two leases as part of the Bureau of Ocean Energy Management’s auction of the Rhode Island/Massachusetts wind energy area, which covers about 165,000 acres.

This article was updated on Feb. 6, 2018, at 5:15pm to correct state name. Maryland was changed to Rhode Island.