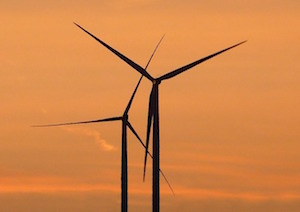 On Feb. 1, Delegate Shane Robinson along with over forty co-sponsors and advocacy groups introduced the 100% Clean Renewable Energy Equity Act of 2018 calling for 100 percent renewable energy in Maryland by 2035. The bill’s introduction follows similar resolutions in 2017 by Maryland’s Montgomery County and the U.S. Conference of Mayors.

The bill would again accelerate Mayland’s Renewable Portfolio Standard (RPS) — the percentage of Maryland’s electricity supply generated from renewable sources — from a bill during last year’s session that accelerated the RPS from 20 percent in 2022 to 25 percent in 2020.

The bill now heads to the House Economic Matters Committee, and if reported favorably out of committee, next goes to the full House for a vote on “second reader” and then “third reader” before going to the Senate where the same process takes place.

Delegate Robinson in a guest commentary on website Maryland Matters explains how the bill would fundamentally change the structure of the state’s RPS:

“Maryland’s renewable portfolio standard is based on the use of renewable energy credits, or RECs. My bill would do away with the REC system, and instead require utilities to buy actual electricity from only clean sources: solar, wind, ocean tidal, and some small hydroelectricity.”

He goes on to say how the bill would establish new state subsidies for solar energy and wind and long-term contracts for offshore wind providers:

“The bill creates two new programs to incentivize solar and offshore wind development in Maryland. One program provides rebates for new solar installations, with the rebate rate declining as more solar capacity is installed. The other program requires Maryland utilities to enter into long-term contracts with offshore wind providers.”