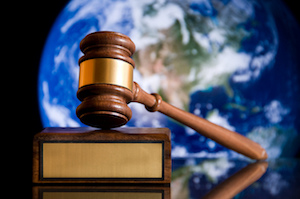 The Maryland Public Service Commission (PSC), in a May 11 decision, awarded offshore wind renewable energy credits (OREC) to two projects to be built off the coast of Maryland.

The decision will allow U.S. Wind and Skipjack Offshore Energy to construct 368 MW of capacity.

“The approval today of the nation’s first large-scale offshore wind projects bring to fruition the General Assembly’s efforts to establish Maryland as a regional hub for this burgeoning industry,” Kevin Hughes, PSC Chairman, said in a statement. “We have taken great care to ensure that this decision maximizes economic and environmental benefits to the state while minimizing costs to Maryland ratepayers.”

According to the PSC, each company will be awarded ORECs at $131.93/MWh for 20 years, beginning in 2021 for U.S. Wind and 2023 for Skipjack. The net ratepayer bill impacts associated with the PSC’s approval are projected to be less than $1.40/month for residential customers when the projects begin generating electricity.

“This is a monumental win for the economy and the environment in Maryland,” David Smedick, Maryland Beyond Coal Campaign and Policy Representative for the Sierra Club, said in a May 11 statement. “The people have shown up and spoken out in support of offshore wind and now it’s clear that the state is ready to move forward too. We have been working to get offshore wind to Maryland for over five years so this decision from the PSC is truly one of our biggest moments.”

According to the PSC’s order, the developers are required to create a minimum of 4,977 direct jobs during development, construction and operating phases of the projects.

Learn about the opportunities for oil and gas companies in the growing U.S. offshore wind market at the Offshore Wind Executive Summit in Houston, TX, August 9-10.