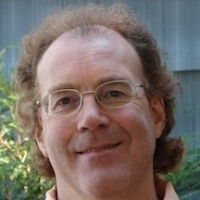 Over the past couple of years, wind farm developers in the US, Canada, UK, and New Zealand have faced increasingly vehement resistance from prospective neighbors of new projects, triggered by concerns that the noise from nearby turbines will disrupt their lives.

Several industry- and government-funded studies have investigated some of concrete concerns (notably health effects and property values), finding no “statistically significant” correlations with proximity to wind farms, but these reports have not calmed the storms.  Some skeptics have questioned the studies’ methodologies, while others (including AEI) have noted that there are key effects that these studies’ particular designs are not likely to illuminate.  For many vocal wind farm neighbors, the reported results simply run starkly counter to their own experiences.  What can and should be the response to those who are reporting sleep disruption, noise that interferes with their enjoyment of the outdoors, or health impacts?

Simply discounting the issues has proven to be an unproductive response; it only leads to increased hostility and distrust.  Claiming the high ground of meeting statutory requirements, while generally technically true, also tends to foster continued ill will from those who are struggling with the noise. While the local problem may be “addressed,” these unresolved issues echo and multiply across the internet to impact many future projects.

Constructively engaging those with concerns is surely the most likely path to positive resolution, though that approach is also challenging, as the small island community of Vinalhaven, Maine is discovering.  There, the community-owned electric coop is purchasing power from three new 1.5MW turbines.  Since the project began operating in late 2009, between a third and half of the residents within a half mile have been surprised at the noise levels they are experiencing, and the coop is working to devise a fix to reduce the noise issues. However, uncertainty among neighbors about how survey responses will be used as the community decides what to do has complicated efforts to try to learn more about exactly when and where the noise problems are the worst.

Over the past year and a half, here at the Acoustic Ecology Institute, I’ve worked to understand the dynamics and tensions that underlie these issues. It appears that there are four key themes that, when considered together, add up to create a useful ”big picture” view.

First, it’s clear that many people, in all parts of the country, have been dramatically impacted by the noise of wind farms near their homes, most commonly by sleep disruption when turbines operate in low winds aloft while the surface is calm and very quiet.  While of course there are some contributing attitudinal factors, these are only part of the picture, and cannot be justifiably used to explain away the issue. Many of those now affected were wind farm supporters, and indeed would be happy to continue seeing turbines, if they were far enough away to be more consistently inaudible. To dismiss all these people as cranks, or as hyper-sensitive social outliers, does a disservice to constructive public discourse and short-circuits our opportunities to learn from their experiences as we continue to develop new wind farms.

Second, it’s also clear that wind farm noise is not particularly bothersome to many – or perhaps most – people who live close enough to hear it.  And, the vast majority of wind farms never generate any substantial ongoing noise issues—perhaps because they are in less densely populated areas.

Third, the nature of the sounds of wind turbines make it especially difficult to rely on reassuring noise limits. Most notable is the commonly pulsing nature of turbine noise, which is inherently more attention-grabbing and, according to several well-regarded academic studies, more annoying than road or industrial noises.  Also troublesome is that sound propagation varies greatly with changing wind and atmospheric conditions, leading to excess noise at neighboring homes, or to more times with noise levels right at the upper legal limit. Additionally, some of the methods used to set noise limits (especially those using long averaging periods) can allow some periods during which noise levels are higher than local citizens – and officials – may expect to hear.

And fourth, and perhaps most important yet least appreciated: we are facing some social choices that may be difficult to make. Several surveys suggest that between 10% and 40% of those hearing sound levels close to regulatory limits may be disturbed by it.  How many such affected neighbors are we willing to accept?  While 5% may be widely acceptable, there’s likely to be less consensus if 20% are bothered.  We can no longer pretend this more affected minority doesn’t exist; it’s time to decide how much to adapt wind farm planning in response to these impacts.

Larger setbacks are one option, though there may also be potential in exploring operational adaptations, such as increasing the cut-in speeds in wind farms within earshot of homes.  Since a very small proportion of total generation capacity occurs at the low end of operational speeds, raising the cut-in speed can dramatically reduce total operating time while having negligible impacts on overall project income.

Thanks to the increase in noise problems, it’s far less common than it was a few years ago for industry spokespeople explicitly promise that turbines will be inaudible. Rather, project planners acknowledge that the turbines will sometimes be audible, but should not be bothersome; predicted noise levels at neighboring households are compared to familiar sounds, such as light traffic at a hundred feet.  This has remained problematic, since it’s often hard for citizens to really imagine what they will be hearing. One Vinalhaven resident who had been a strong supporter of the project there was surprised that the legal sound levels were notably above local background ambient conditions, reporting that “on our quiet cove, we now know that 45dB is loud!” For a significant minority of nearby residents, especially in very rural areas, this reaction is something the industry will need to come to grips with.

For an in-depth examination of these issues, visit the Acoustic Ecology Institute.

Jim Cummings a writer and editor who has covered topics related to the environment, science and socially responsible investing since the early 1980s. He was an invited plenary speaker at the Alberta oil and gas Noise Control Conference in 2007 and 2009, guest editor of a special double issue on Ocean Noise for the Journal of International Wildlife Law and Policy. He is founder of the Acoustic Ecology Institute.