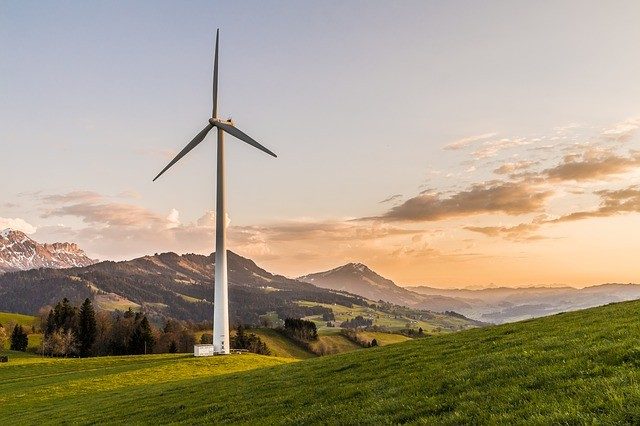 Lekela announced that it has reached financial close on its first wind project in Egypt, West Bakr Wind. Construction will begin shortly, delivering 250 MW of clean, reliable power at a highly competitive price.

Once the project is fully operational in 2021, it will produce over 1,000 GWh per year and power more than 350,000 homes, the company said in a statement.

Located 30 km northwest of Ras Ghareb, West Bakr Wind is part of the government’s Build, Own, Operate (BOO) scheme. It will increase Egypt’s wind energy capacity by 14%, as the country strives to meet its target of generating 20% of its electricity from renewable sources by 2022; which includes a 67% partnership with the private sector.

The project is also expected to reduce more than 550,000 tonnes of carbon dioxide emissions per year.

A portfolio of wind projects

West Bakr Wind joins Lekela’s portfolio of wind projects across Senegal, Ghana and South Africa. In total, over 1,000 MW is now in operation or construction.

“As our first project in Egypt, we have enjoyed working closely with partners and stakeholders, including the Egyptian Electricity Transmission Company and the New and Renewable Energy Authority, to get to this point,” said Chris Antonopoulos, chief executive officer at Lekela. “We see great opportunity to invest in wind energy in Egypt, and we look forward to working in the country for years to come.”

As part of the company’s strategy to create long-term value for the communities in which it operates, the project has developed a Community Investment Plan focusing on enterprise, education and environment initiatives. Local employment opportunities will be created alongside skills development and training to improve future employment prospects. During peak construction, the project will employ up to 550 people.

West Bakr Wind is on an important bird migration path, and Lekela has assured that it is working closely with authorities to ensure that wildlife is protected. The company is participating in a “shut down on demand” program, meaning that when birds are detected the turbines are able to be stopped.

Lekela stated that it has also signed a protocol with the Egyptian Environmental Affairs Agency and its Migratory Soaring Birds project to contribute towards the funding and implementation of the Migratory Birds Monitoring training program.

“As a long-term operator with a long-term outlook, we are focused on delivering lasting impact. It is not enough to just invest money, which is why we focus on creating generation-spanning benefits for local communities. West Bakr Wind is the latest milestone in our plan to achieve this,” said Antonopoulos.

Sabah Mashaly, Egyptian Electricity Transmission Company Chairman, added: “This agreement is an important step and an integral part of our ambitious new and renewable energy strategy – to generate 20% of our energy capacity from renewable energy by 2022. This also comes within the framework of the legislation provided by the Egyptian government with all the involved authorities to facilitate the work of all investors in the energy sector.”

The Power Purchase Agreement, Network Connection Contract with the Egyptian Electricity Transmission Company (EETC) and Usufruct Agreement were all signed in February 2019, shortly after the project received cabinet approval.

Financing has been provided by the Overseas Private Investment Corporation, the U.S. government’s development finance institution, International Finance Corporation, and European Bank for Reconstruction and Development.

Siemens Gamesa Renewable Energy will install 96 of its SG 2.6-114 turbines through a turnkey EPC contract and will provide long-term maintenance services through a 15-year Long Term Services Agreement.

This article was adapted from one that first appeared on the ESI Africa website.

Azure Power inks PPAs for 2.3 GW of solar in India

With or without subsidies, wind and solar are still cost-competitive, report says