More
Home Solar Leading US ICT Companies Renewables Use at 14%, and Growing 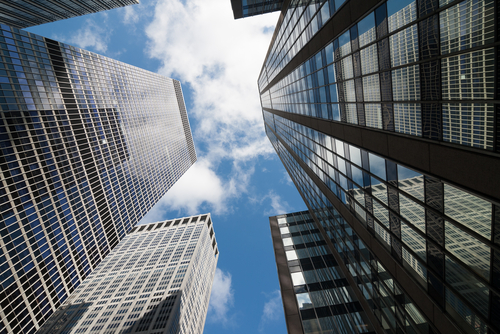 Electricity consumption in the global information and communications technology (ICT) industry is growing rapidly. Analyzing reported data on electricity sources and consumption from 113 ICT companies in the U.S., National Renewable Energy Laboratory (NREL) researchers found those companies used more than 59 million MWh of electrical energy in 2014 – 1.5 percent of that consumed in the entire nation.

“The potential demand for renewable electricity by the ICT sector could grow substantially as financial and social incentives encourage a larger share of ICT companies to purchase renewable electricity and prompt companies already purchasing to increase their commitments,” according to the NREL report Renewable Electricity Use by the U.S. Information and Communication Technology (ICT) Industry.

Renewables Rise among US ICT Leaders

Eliminating much, if not all, of the uncertainty – and hence risks and overall costs – of purchasing and burning coal, natural gas, oil and derivative fossil fuels confers a big advantage on solar, wind and other renewable energy sources, as they require none.

“A number of factors are likely playing a role in the growth of renewable procurement across the ICT sector,” Jenny Heeter, NREL Strategic Energy Analysis Center senior energy analyst and report co-author, said in an interview. “For some companies, procuring renewables may be a cost-effective means of sourcing electricity. For many others, renewables may address one or more components of their organization’s corporate sustainability efforts.”

There are other means by which ICT companies are reducing their emissions, pollution and the degrading effects their operations have on environmental and human health and safety. In addition to increasing renewable energy use, co-location of data centers and use of more energy efficient equipment have likely shaved points off the growth rate of electricity consumption for the 113 US ICT companies covered in NREL’s report.

Pressure from environmental and public interest groups is contributing to growing renewable energy use in the ICT sector. Greenpeace looked to raise public pressure on key ICT industry players to clean up their act regarding energy sources and usage with the June 10 release of the “Click Clean Scorecard.”

Expanding its groundbreaking clean energy research and public advocacy, in a supplement Greenpeace assessed and ranked 110 of the world’s largest websites and their publishers on their overall and renewable energy use, reporting, disclosure and advocacy. In addition, Greenpeace launched a Google Chrome extension that for the first time enables Web users to see a Click Clean report card for the website and its publisher upon accessing the site.

ICT industry players have pointed out that substantial obstacles remain. Prominent among them are the difficulties NREL report authors cite in arranging financing and lengthy, cumbersome and uncoordinated bureaucratic procedures – the so-called “soft” costs of installing renewable energy production capacity.

“Future use of renewable energy by colocation providers could be a big market driver,” Heeter said “Many other sectors, whether in healthcare or banking, have growing ICT needs. To the extent that co-location providers can help facilitate renewable investments on behalf of those companies, that would create additional growth.”

Heeter added that NREL is also seeing a rapidly growing number of companies set targets for renewable energy use.

NREL expects the report, which is NREL’s initial research and analysis based on aggregated ICT industry data, will serve as a benchmark for future research efforts, as well as serve as a catalyst for more ICT companies to undertake similar efforts inside their own organizations and incorporate them in their environmental and energy reporting.