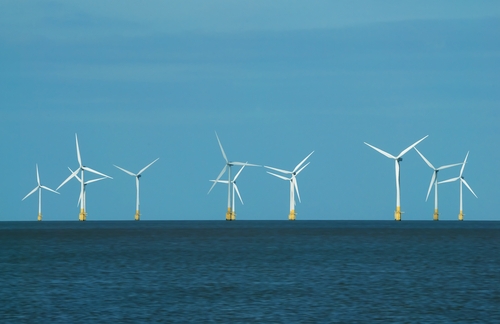 The first 630-megawatt phase of the venture in the Thames Estuary will produce enough power for more than 470,000 homes when completed at the end of the year, the companies said today in a joint statement. The facility has approval for 1 gigawatt of turbines at the site off the Kent and Essex coasts.

Developers of offshore wind are planning projects with more turbines to help lower the costs of the technology, among the most expensive of renewable sources. It costs 161 euros ($208) to produce a megawatt-hour of offshore wind power, according to Bloomberg New Energy Finance. The U.K. government is trying to get that down to 100 pounds ($161) a megawatt-hour by 2020.

“Being able to efficiently develop large offshore wind farms and harvest the scale advantages in both construction and operation is an important element in our continuous efforts to bring down costs of energy of offshore wind,” Benj Sykes, U.K. wind manager at Danish utility Dong, said in the statement.