According to Claus Rose, chairman of the Global Wind Organization (GWO) and environment, health and safety (EHS) officer for Siemens’ Wind Power Division, safety procedures are now becoming an integral part of OEMs’ commercial strategies and are increasingly business-critical. As well as wanting to keep its workers safe, he said the industry is responding to increased regulatory scrutiny: “Authorities in a number of countries are starting to ask how the industry can assure that it has a proper safety policy in place, and how we materialize that. These authorities want evidence that we have it under control.”

Rose said that while the wind industry is self-regulating with “very few” legal requirements around its business practices, safety procedures have evolved as the wind industry has grown, and organizations such as the GWO have worked to establish standards and promote their use. 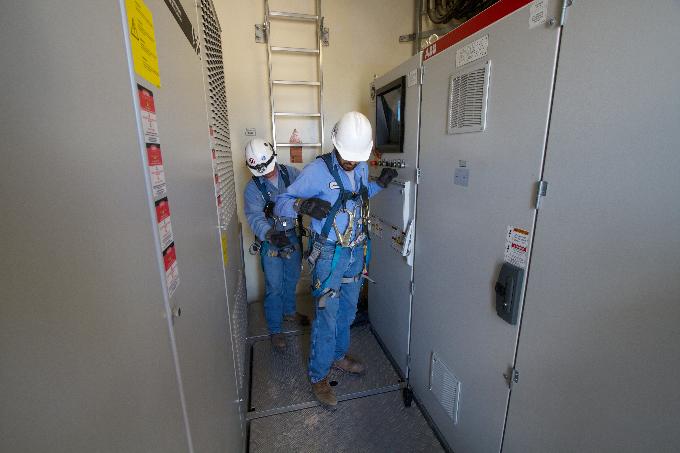 Andy Holt, head of global projects and services at GE Renewable Energy, said the industry recognizes that safety is a collective concern. It is “neutral ground” where competitors work together to share best practices. “This raises the bar for the industry,” he said. “My counterparts — the people who run [EHS] businesses for our competitors — feel the same way. I’ll share every one of our best practices tomorrow with anyone who wants them because they might help someone do their job more safely,” he continued.

Among the areas of highest risk for wind farm workers, Rose pointed to the risk of electrical incidents when working with high- and low-voltage equipment as “highly critical.” Such incidents can result in explosions and serious injury.

“Then you have very simple things which people don’t realize are problems,” he continued. Materials handling, where workers “carry around very heavy stuff in conditions that are cramped, closed and very tight,” is such an area. Manual handling training is part of the GWO’s standard for basic safety training.

During turbine installation, lifting is a major area of concern. “This is where the industry is very different from oil & gas offshore, or other major construction onshore,” Rose said. “The number of lifts we do on a turbine site, whether during installation or O&M, is extremely high.” According to Rose, lifting is a main focus area for safety within the wind industry.

When asked about the safety concerns related to working at height, Rose said: “Sometimes there is an assumption that just because it is very high up in the air it must, by default, be a major risk area. It isn’t, because we have a very good idea of how to control it, the safety systems involved are quite well developed, and we have well-equipped turbines.” While working at height is always a risk, he said, and it is “definitely on the radar,” it is not the most significant concern at this time.

For Holt, the safety areas GE is mostfocused on are working at height, lockout/tagout, and driver safety.

Lockout/tagout, or LOTO, allows workers to put a personal lock on any power source while working on it, “tagging” it during the work so only that worker can unlock it and return it to service when the work is finished.

“Then we have soft tissue injuries,” Holt said, where workers can “flip and hurt their back, try to lift something and strain their shoulder, twist an ankle.” These injuries are “regrettable” and “we struggle to eliminate them — everyone does,” he said. But of greater concern are driving accidents — “One of the most dangerous things people do every day is drive,” he said — where workers may be driving big trucks in remote areas on unprepared roads, or even off-road. Holt said all of GE’s drivers receive yearly defensive driving training.

During installation, he said, there is “a lot of crane work and the risk from suspended loads is huge.  You’ve got very large cranes lifting very tall tower sections and aligning them; then people bolting things together — so in addition to working at height, LOTO and heavy equipment handling there are also suspended loads.” Working under a suspended load is forbidden and workers “have to constantly make sure there’s no one under the load,” he said.

Rose said safety on the job has “a lot to do with mentality.” Siemens aims to “instill in [workers] a mindset of safety” that goes beyond the work environment, he adds.

In general, Rose is against micro-regulating aspects of the work environment such as housekeeping, the industry term for keeping work areas clean and free of obstructions. “Mentality is more important than making rules,” he said; “rules are the outcome of poor management.” With good management and high worker awareness, “you can have very few rules. If workers have good risk awareness, they’ve already done whatever it takes to move everything that can put them in harm’s way.” Workers’ personal and professional commitment to safety will reduce accidents more than management telling them to be safe, he said. 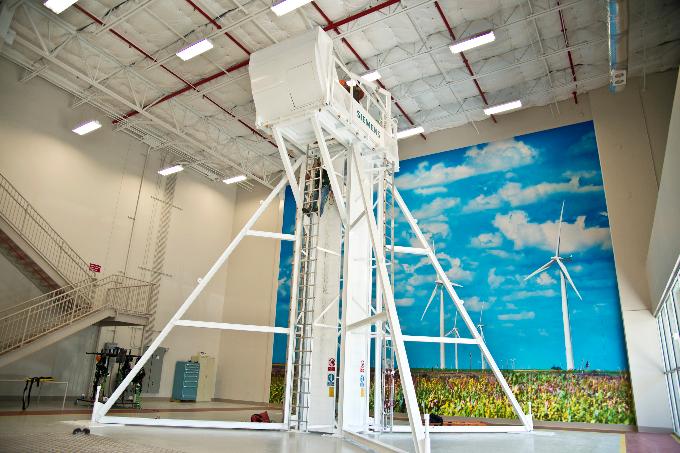 Further, he stressed that good management includes explaining to workers why safety rules and procedures are important. “If you say [workers] cannot do something and don’t tell them why, and they don’t understand the risks associated with it,” the rules will be less effective, he said. In the U.S., Siemens has developed a campaign for workers called I Am Safety that “takes the campaign back into the home,” asking whether workers would consider something safe to do at home.

While GE has dedicated EHS staff, Holt said, they are limited in number. “Instead we rely on people who have extra EHS training to be part-time EHS people that are more highly trained than regular workers. They’re there at the site, and there are more of them than the full-time EHS folks. And everyone has a certain level of awareness. Everyone’s an EHS person,” he said.

GE’s workers are also trained to take responsibility for personal injury prevention. Climbing up and down wind towers is strenuous exercise: Holt refers to wind O&M as “an athletic event” and to GE’s workers as “industrial athletes” who receive gym memberships, healthy eating training and stretching programs to begin the working day.

Learning From Other Industries

Naturally, a young industry will look to older sectors for guidance. “There’s a whole climbing industry out there, people who climb mountains, TV towers; there’s a lot of working at heights in the world. We reach out to those industries because they’re often ahead of us,” said Holt. And GE’s safety policies have been informed by its experience in other sectors. “We have a safety culture born of GE aircraft engines, gas turbines, the nuclear business, the railroad industry, the medical industry” which has been applied to the younger wind business, he said. 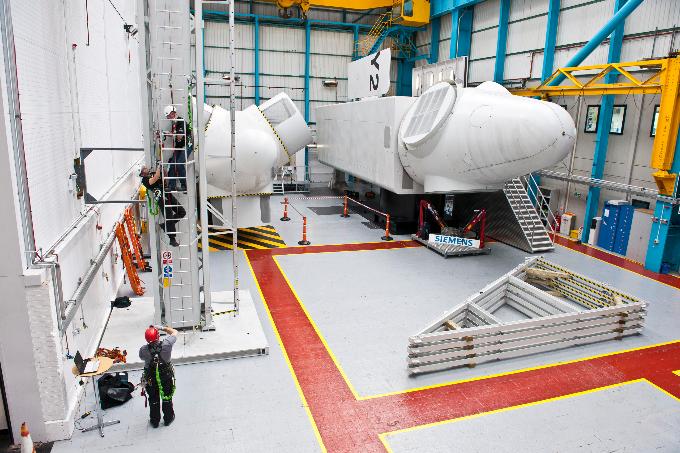 For an example, he explained, “In the nuclear business the last thing you want to do is drop tools — you don’t want to drop something metal into a nuclear reactor or any part of a nuclear system. Our nuclear business has a variety of tethering technologies that help us tie up tools so if you drop them they don’t fall, and we’ve applied that to working at heights — you don’t want to drop something down through a wind turbine tower either.”

Rose believes that “talking to other industries” is critical to moving wind safety forward. Experience from the offshore oil & gas industry, for example, could help in setting up requirements for the new types of service vessels that will be increasingly used as wind farms move further offshore.

GE is “constantly changing our procedures and products in order to be safer,” Holt said. “And we’re always watching the latest regulations, rules and codes to make sure our products are compliant.” Trade associations AWEA and EWEA are particularly active in pushing legislation and procedures to help improve safety, he said.

Safety standards and procedures will continue to be adapted in reaction to wind farm accidents, Rose said, but “on the other hand we can help put rules in place where we see a need, not based on incident statistics but supported by a risk profile.” The industry wants to not just be reactive, he said, but to be ahead of the game.

Among other issues, the GWO is currently looking into safety procedures for vessel-to-site crew transfers, working with the International Maritime Organization to establish standards. It is also looking at designing tests and standards for worker fitness, for example to avoid cases of seasickness or dizziness at height. And, Rose said, as wind sites move further away from population centers and even from land, there is a growing need for training requirements for advanced first aid workers who can “close the gap” between emergency medical staff, who may take a while to arrive at the scene of an accident, and basic first aid.