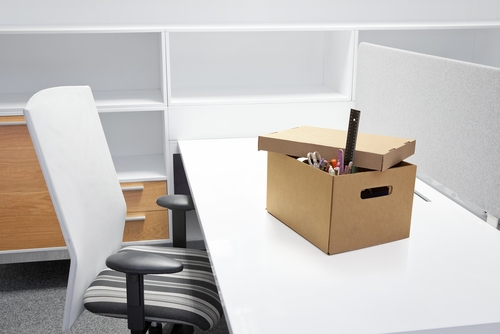 WASHINGTON, D.C. — Leeco Steel LLC’s fortunes rose even during the Great Recession thanks to a single customer: the burgeoning U.S. wind-energy industry.

Leeco had 50 employees when it started selling 7 ton steel plates to wind-tower makers in 2004. It now has 125, and wind accounts for about 40 percent of the Lisle, Illinois-based company’s business.

“We’ve done extremely well,” John Purcell, Leeco’s vice president for wind energy, said in an interview. Leeco is a unit of O’Neal Industries, a metals-service company based in Birmingham, Alabama.

Now a different sort of economic crisis is looming over the industry. A tax credit fueling wind’s growth expires at the end of this year unless Congress votes to extend it. Wind-energy companies get 2.2 cents for every kilowatt-hour produced, shaving as much as one-third off the costs.

Fearing the loss of a subsidy that helps them compete with cheaper natural gas, some wind companies including a U.S. unit of Siemens AG (SIE) are already cutting jobs, adding urgency to a lobbying push in Washington. Since July, about 2,000 jobs have been shed by wind developers and suppliers, according to IHS Emerging Energy Research, a unit of IHS Inc. (IHS), based in Englewood, Colorado.

“I am watching my customers laying off folks all across the country,” Purcell told a House energy panel last month. “And I won’t be providing steel plates to any of those factories again.”

While wind is still a relatively small slice of the overall energy mix, about 3 percent of the electricity generated in 2011, it’s growing at a fast clip. Wind accounts for about 35 percent of the new generation capacity added in the past five years, second only to natural gas, according to the American Wind Energy Association, a Washington-based lobbying group.

The industry supports about 75,000 jobs, according to the trade group, which counts more than 400 wind-energy manufacturers in at least 40 states. More than 60 percent of a wind-turbine and tower’s components are made domestically.

Wind’s critics, including Tea Party-aligned groups such as Americans for Prosperity in Arlington, Virginia, say the U.S. can’t afford the credit’s multibillion-dollar cost.

After two decades of support, the industry should stand on its own, said George David Banks, a former aide to Senator James Inhofe, an Oklahoma Republican, who now coordinates the Alliance for Wise Energy Decisions, a group of activists and organizations opposing the wind credit.

“This is a fiscal-responsibility issue,” Banks said. The industry’s contention that 37,000 jobs could be lost with the tax credit’s expiration doesn’t justify the costs, he said. The credit amounts to a “wealth transfer” from states that don’t have sufficient wind resources to those states that do, Banks said.

The debate over the credit has also extended to the presidential race. President Barack Obama stresses his support in visits to Iowa, a swing state and the No. 2 U.S. wind producer behind Texas, according to the American Wind Energy Association, a Washington-based industry group.

“Wind energy creates 7,000 jobs in Iowa,” Obama told an audience in Davenport on Aug. 15. He chided his Republican opponent, former Massachusetts Governor Mitt Romney, for describing new sources such as wind as “imaginary.”

Romney has said the tax credit should go, as the government looks for ways to cut the deficit. His energy plan stresses more development of fossil-fuel sources to create jobs and lower foreign oil imports.

During the first presidential debate Oct. 3, Romney criticized Obama for spending $90 billion in the 2009 economic stimulus on clean energy, which included an expansion of the wind-production subsidy.

While Obama and Romney are split on the issue, positions on the credit don’t fall along party lines as cleanly as they do on other energy issues such as oil drilling or cutting carbon- dioxide emissions.

Grassley was an original sponsor of the production tax credit Congress passed in 1992.

In August, the Senate approved with bipartisan support a measure to extend the credit for a year. The bill also changes eligibility terms to the start of construction rather than the state of power production. That probably expands the number of projects that could qualify by the end of 2013.

Wind producers now get the 2.2 cents per kilowatt-hour produced for 10 years of the projects’ life. The 10-year cost of the credit is $12.2 billion, under the Senate bill, according to the Joint Committee on Taxation.

The American Wind Energy Association, which has spent $1.1 million on lobbying this year, has noted wind’s rural roots in promotional materials given to lawmakers.

Wind industry supporters are now pointing to job cuts in those areas to justify the credit’s expense.

Siemens said last month it will eliminate 615 full-time jobs at its wind-power factories, citing declining orders. Most of the job losses came from a blade manufacturing facility in Fort Madison, Iowa.

The 2,000 jobs lost by the industry are mostly due to uncertainty over the tax credit, Matt Kaplan, associate director of IHS Emerging Energy Research said in an interview.

“It’s very difficult for wind to compete without the production-tax credit,” Kaplan said. “A lot of manufacturers are going from full-speed ahead in production to no production.”

The credit accounts for about 20 percent to 30 percent of wind’s costs, though prices vary by region, Kaplan said.

“The way to get attention on an issue is to fire people like crazy,” he said.

Book said he thinks the credit will be extended so long as Congress agrees on a broader tax package during the session following the Nov. 6 election.

Mark Muro, who studies green-energy issues at the Brookings Institution in Washington, said the tax credit has worked, allowing the industry time to cut its costs to compete with fossil fuels like coal and natural gas. He said wind probably won’t need the credit in three years as the technology further improves.

Leeco’s chief financial officer, Mark Krzmarzick, said the company is trying to replace the business it has lost in the wind industry. It’s unclear whether the company will be forced to cut its own workforce, he said.

“We’re trying to carry our employees as long as we can,” he said yesterday in an interview.