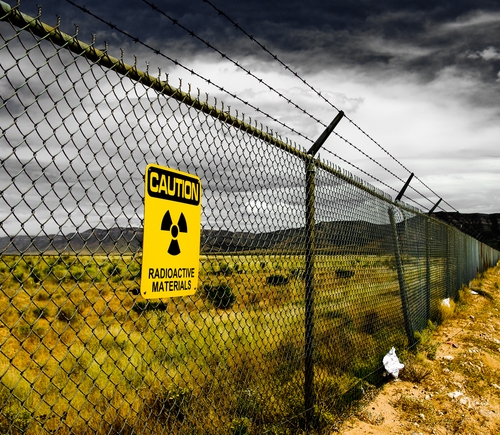 TOKYO — Phasing out nuclear power in Japan will cost the country the equivalent of $622 billion to build a power grid around renewable energy and means it will fail to meet a target to reduce greenhouse gas emissions.

That’s an estimate from the government as it mulls going ahead with a recommendation made today by its own advisory body to eliminate use of nuclear power — an option also favored by the public — in its first post-Fukushima energy policy.

Prime Minister Yoshihiko Noda has called a press conference tomorrow evening in Tokyo when he may follow the advice of the ruling party advisory board and phase out nuclear plants over the next two decades. That would require more use of fossil fuels as wind and solar plants are built, meaning Japan won’t meet a pledge to cut greenhouse gases 25 percent over the three decades starting in 1990.

“There is no doubt the government will scrap the 25 percent target,” Keigo Akimoto at the Research Institute of Innovative Technology for the Earth wrote in an e-mail response to questions. Without nuclear, Japan would have to buy 320 million tons of overseas emission credits a year to meet the target, “and amid higher sales taxes and electricity tariffs, there is no way the Japanese public would accept such a massive purchase,” the researcher said.

Meantime, companies from mobile phone operator Softbank Corp. to convenience store chain Lawson Inc. are entering renewable energy as polls and public hearings show a majority of citizens want an exit from nuclear despite the cost. The government is debating to reduce nuclear energy supply to zero percent, 15 percent, or 20-25 percent by 2030.

“No matter which option is selected, renewable energy must be increased in Japan at full speed,” Japan’s second-richest man, Softbank Chairman Masayoshi Son said at an Aug. 29 news conference to announce a plan to build the country’s biggest solar plant.

Under the zero nuclear option, Japan would need to invest 43.6 trillion yen ($548 billion) on solar, wind and other types of renewable energy and 5.2 trillion yen on power grids, according to the government. At least 26.1 trillion yen in spending on renewables would be needed even if the world’s third-largest economy stays with nuclear power.

Japan’s 10 regional utilities dominate production, transmission and distribution of power throughout the country, generating combined annual revenue of 15.7 trillion yen, according to data compiled by Bloomberg. The government review of the industry’s nuclear future includes plant sales and law changes to spin off transmission businesses from power plants.

Beside Softbank, finance and leasing company Orix Corp. plans to spend 54 billion yen on solar projects in the next three years. Lawson, the second-largest convenience-store chain, aims to install solar panels at 2,000 stores by the end of March 2014. Others joining the solar business include Kyocera Corp., Tokio Marine Asset Management Co. and Mitsui Chemicals Inc.

“The mega-solar business can move into profit at 35 yen per kilowatt hour, so the rate has been set at an extremely attractive price for newcomers,” Kenji Yumoto, vice chairman of the Japan Research Institute, wrote in an Aug. 24 report. He cautioned that Japan needs to avoid mistakes made in Spain and Germany where feed-in tariffs prices were set too high.

Japan going zero nuclear by 2030 would require 35 percent of electricity supply coming from renewable sources, while the other two scenarios call for a clean energy ratio of as much as 30 percent.

Meeting the target under zero nuclear would put solar panels on 12 million homes or about 44 percent of all of the country’s detached houses, according to the government. About 900,000 residences in Japan have solar panels.

Japan opting for no nuclear would also represent a rare defeat for big business, partly brought about by tens of thousands of citizens in anti-nuclear marches and demonstrations. Thousands show up every Friday evening outside Prime Minster Yoshihiko Noda’s residence to demand an end to atomic power.

Keidanren, Japan’s biggest business lobby that includes industry giants like Toyota Motor Corp as well as power utilities, has called the zero nuclear plan “unrealistic” and a threat to manufacturing and jobs in Japan.

Electricity rates for corporate users may more than double by 2030, according to the Research Institute of Innovative Technology for the Earth, which analyzed scenarios for the government.

The zero percent scenario “is ignorant of economic efficiency and entails a large increase in the public burden,” Keidanren said July 27 in a statement. “If energy cannot be stably supplied at an economically efficient price, not only will growth be set back, the hollowing-out of industry and employment will accelerate in the midst of intense global competition.”

Trade and Industry Minister Yukio Edano, who has had public clashes with Keidanren Chairman Hiromasa Yonekura over energy policy, has another view.

“I don’t think the zero nuclear scenario is any more negative than the 20-25 percent scenario for Japan’s economy. Rather, it will positively impact the economy if we do it right.” Edano said Aug. 7. Developing renewable-energy and power-saving technologies would boost domestic demand and improve Japan’s competitiveness, he said.

Some utilities will face insolvency if the government chooses the zero nuclear option.

Four out of 10 nuclear plant operators — Hokkaido Electric Power Co., Tohoku Electric Power Co., Tokyo Electric Power Co. and Japan Atomic Power Co. — would become insolvent if Japan goes non-nuclear, the trade ministry’s Agency for Natural Resources and Energy said in June. The utilities would be forced to book combined special losses of 4.4 trillion yen on costs to decommission reactors and write off nuclear fuel and plant facilities, according to the agency.

Prime Minister Yoshihiko Noda, facing declining approval ratings, recently signaled the government is leaning toward zero nuclear. Noda ordered his cabinet ministers on Aug. 6 to consider how to cope with challenges the country would face without nuclear power.

He also invited members of citizen groups organizing the anti-nuclear protests outside his residence for a rare meeting on Aug. 22.

“If the government favors the zero nuclear option, the new policy should have been decided by now, because it would guarantee them a victory in the next election,” Reiji Ogino, a Tokyo-based energy analyst at Mitsubishi UFJ Morgan Stanley Securities Co., said by phone.

“The government is likely considering somewhere between zero and 15 percent nuclear as the point of compromise.”