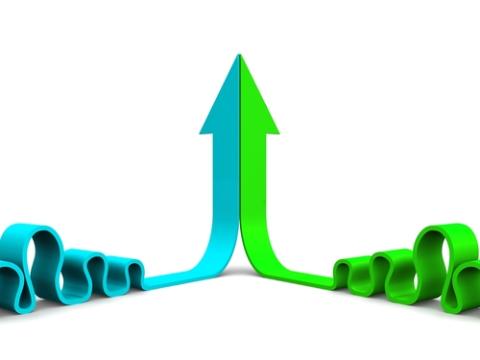 Yaskawa is a $3.6 billion global leader in factory automation solutions, and has also established itself in the small-scale PV inverter market in Japan. It will buy all shares of Massachusetts-based Solectria, though it did not state a price or timeline, according to Bloomberg.

“This is an effort to broaden Yaskawa’s exposure in the renewable energy market and expand the use of our technology expertise. Solectria has built a strong and successful organization in the solar inverter market over the past 10 years,” said Yaskawa America’s President and COO Mike Knapek. “The philosophies and strategies of both organizations are highly aligned…We are very excited to bring Solectria into the Yaskawa family to provide world leading inverter solutions.”

The acquisition will allow Yaskawa to expand its product lineups, according to the statement, and Solectria to expand into global markets. Yaskawa already makes inverters for small solar projects, while Solectria’s products are aimed at large-scale solar ventures.

“While this is a significant step for Solectria, I am even more thrilled about what this means for our customers,” said Solectria Renewables’ CEO, James Worden in a statement. “They will have the same management team and personal interaction they are accustomed to, with the advantage of a powerful diversified global partner. Our entire team should feel incredibly proud about we have built over the past 10 years, but the best is yet to come.”

“By acquiring Solectria, Yaskawa will gain the unique position of being the only solar PV inverter supplier with a top-ten ranking in both the USA and Japan — the two largest markets” said Cormac Gilligan, Senior Analyst for solar at IHS. “By developing products targeted at the booming market for commercial roof-top PV systems in Japan, Yaskawa has steadily grown its market share to be the fifth largest supplier in its domestic market,” he continued.

Gillian explained that Yaskawa’s core product is a 10-kW inverter that is targeted at the small commercial market in Japan, “which is forecast to grow 75 percent to reach 5 GW in 2014,” he said. Because Solectria — the fifth largest supplier to the United States in 2013 — is mainly focused on its large central inverters whereas Yaskawa is mainly focused on the smaller models, Gillian believes that “there is very limited overlap in the inverter portfolios of the two companies.” He said: “the acquisition now means that Yaskawa will be very well placed to compete in intensely competitive commercial and utility-scale markets in the United States as it adds its bankability and scale with Solectria’s in-depth knowledge of the local market. IHS forecasts that United States PV inverter market will grow by 41 percent over the next 3 years to reach $1.7 billion.”

Yaskawa also acquired The Switch Engineering Oy, a Finnish wind turbine component manufacturer in early July, following an agreement in late 2013 to distribute each others wind generators and converters.

“This acquisition is a natural next step forward from our initial strategic collaboration,” said Yaskawa’s corporate senior vice president Hiroyuki Ougi.
Kitakyushu, Japan-based Yaskawa will acquire all the shares of The Switch, except the Finnish company’s own shares, according to Bloomberg, though again financial numbers were not disclosed.