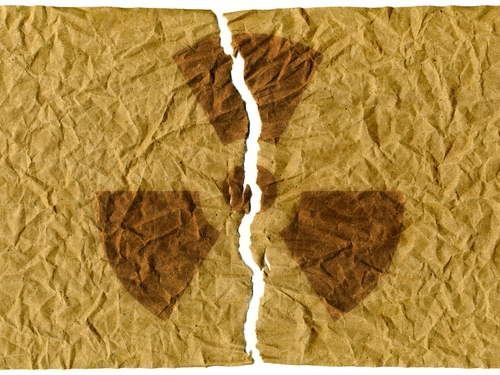 TOKYO — Japan’s public wants the government to phase out nuclear power according to the results of town hall-like forums to give the public a say in the debate on the nation’s energy supply post-Fukushima.

The forums brought together 286 citizens for two days in early August in Tokyo from thousands surveyed by phone. They were broken into smaller groups to discuss and vote on three energy supply options the government proposed: Zero nuclear, 15 percent nuclear, and 20 percent to 25 percent nuclear.

A total 47 percent opted for zero nuclear, 16 percent favored the nuclear ratio at 15 percent, while 13 percent endorsed 20-25 percent, according to a report by Yasunori Sone, a professor of political science at Keio University and the head of the group that organized the survey for the government. The remainder chose more than one option, said Sone’s report.

The poll results “indicate Japanese citizens are prepared for a policy shift to green energy from nuclear power and consequent lifestyle changes and cost burdens,” according to the report.

The results of the poll will be used in deciding the country’s long-term energy policy, which may be drafted as early as the end of next week. Tens of thousands of Japanese citizens have held weekly demonstrations in Tokyo since March opposing nuclear power and the restart of reactors closed for safety checks after the Fukushima disaster.

Japan’s government used the so-called deliberative poll, a type of survey developed by Professor James Fishkin of Stanford University that allows participants to debate an issue before voting on it.

The number of the participants who favored the zero nuclear scenario rose by 5 percent to 47 percent after debating the three options, while support for the 15 and 20-25 percent options dropped, according to the survey.

At 11 separate government hearings across Japan between July 14 and Aug. 4 to allow citizens to express their opinions on the three options, nearly 70 percent supported the zero- nuclear scenario, the Asahi newspaper reported.

Participants in the deliberative poll were selected from 6,849 people who were randomly surveyed by phone in July.

All Japan’s 50 reactors are offline save for two run by Kansai Electric Power Co. that were restarted in July at the company’s Ohi plant in western Japan. The government approved the restart after an advisory group forecast summer power shortages without nuclear in the Kansai region, the country’s second-biggest metropolitan area.

Electricity demand in July fell 6.3 percent to 68.5 billion kilowatt hours from a year earlier because of lower temperatures than the previous year and power-saving efforts by households and companies, the Federation of Electric Power Companies said Aug. 22 in a statement.

Prime Minister Yoshihiko Noda today met 11 members of citizen groups organizing the weekly anti-nuclear protests outside his official residence. The groups demanded the government shut the two Ohi reactors, keep the other 48 offline and decommission all of them.

“Our basic policy is to eliminate the country’s dependence on nuclear power,” Noda told the representatives of the group. On the country’s long-term energy policy, “We will refer to your opinions and keep considering various views carefully before making a decision.”

The government aims to reach zero-nuclear power in the 2030s in response to increasing public opposition to atomic power, the Mainichi newspaper reported Aug. 21, without saying where it got the information.

Lead image: No Nukes via Shutterstock