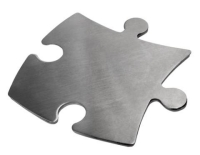 On June 7, 2013, the IRS released the public version of the private letter ruling (PLR) that it issued to Hannon Armstrong Sustainable Infrastructure Capital, Inc. prior to that company’s IPO in April. Contrary to some industry observer’s expectations, the ruling doesn’t break new ground. It certainly doesn’t reflect IRS agreement that solar and wind farms are good REIT assets.

Nevertheless, understanding the IRS’ analysis in the ruling is helpful.  The ruling confirms that certain items of machinery or equipment can qualify as good REIT assets if they are structurally and functionally integrated with a building.  It also makes clear that loans secured by such machinery or equipment can qualify as good REIT assets provided the loan is also secured by the building in which the machinery or equipment is integrated and the lender has the right to foreclose on the building in the event of a borrower default.  These observations suggest some ways that renewable energy assets might be incorporated into a REIT structure short of concluding that an entire renewable energy project is good REIT property.

Importantly, in its submission to the IRS, Hannon Armstrong represented that if a building owner were to default on its obligation to make payments of principal and interest, the company’s security interest would give it the right to bring a foreclosure action with respect to both the structural improvements and the building in which they were installed.

Hannon Armstrong asked the IRS to confirm that its interests in the loans secured by the buildings and structural improvements were good REIT assets and that interest paid by the building owners on these loans was good REIT income.

Are the Structural Improvements Real Property?

Whether property is inherently permanent is a factual inquiry.  Questions that the IRS asks when conducting this inquiry include:  Is the property intended to be moved, is it capable of being moved, and has it, in fact, been moved?  Are there circumstances that tend to show how long the property will be affixed to the land?    How difficult is it to move the property and will there be damage to the property if it is moved?  In Hannon Armstrong’s case, however, the IRS appears to have accepted the company’s representation that the structural improvements were permanent parts of the related buildings.

The IRS focused instead on the issue of whether the structural improvements, even though they may have been inherently permanent, nonetheless were excluded from the definition of real property because they were “assets accessory to the operation of a business.”  IRS regulations list several examples of “assets accessory to the operation of a business,” including machinery, a printing press, certain transportation equipment, office equipment, refrigerators, individual air-conditioning units, and grocery counters.  However, certain assets remain “real property” even if they appear to be similar to those listed as excluded from real property.   These include the wiring in a building, plumbing systems, central heating or air conditioning equipment, and pipes and ducts.

Confusing, right?  Unfortunately, IRS regulations and prior rulings offer little clarity on the reason for these distinctions.  One common explanation is that the definition of real property is intended to be independent of state law definitions, and thus property that might be termed a “fixture” under state law may not qualify as real property under federal tax law.  However, that doesn’t explain why certain properties are assigned to the real property category and certain properties are assigned to the “assets accessory to” category.

The IRS hints at this distinction in the Hannon Armstrong ruling when it states that the “Structural Improvements [financed by Hannon Armstrong] that are structural components of real property are also real property.”  In other words, if an upgraded hot water system or heating and air conditioning system is incorporated both structurally and functionally in the building, then the system essentially becomes part of the building, and the building’s status as real property carries over to the system.  In the absence of such a connection, the system appears more like standalone machinery or equipment, which is excluded from the definition of real property.

Are the Loans Secured by Real Property?

After concluding that the Structural Improvements qualify as real property, the IRS next concluded that Hannon Armstrong’s loans to the building owners qualify as loans secured by real property.  The ruling indicates that there are two implicit requirements that must be met to achieve this conclusion.

First, consistent with its view that a structural component of a building is real property only if it is structurally and functionally integrated with the building, the IRS required that the mortgage must cover both the structural improvement and the associated building.  Hannon Armstrong met this requirement.  The ruling observes:  Hannon Armstrong’s “interest will be secured by the Structural Improvements and the real property in which the Structural Improvements have been installed.”

Second, the IRS required that Hannon Armstrong’s security interest in a structural improvement and associated building mean that it has the right to acquire the secured assets if the owner were to fail to meet its repayment obligation.  Hannon Armstrong met this requirement as well.  The IRS noted the company’s representation that in the event of a default by a building owner, Hannon Armstrong had “the right to bring a foreclosure action with respect to the Structural Improvements and the [building] in which the Structural Components are installed” and that such rights “are conveyed at the time of financing to secure payments under the financing.”

The IRS’ analysis in Hannon Armstrong’s ruling can be summarized as follows:  Machinery or equipment can be good REIT property if it is inherently permanent according to existing IRS standards and is integrated structurally and functionally with other real property such as a building.  Further, a loan to fund the construction of such machinery or equipment is good REIT property if the security for the loan includes the associated building and gives the lender the right to foreclose on the building in the event of a default by the borrower.

Structures that may be consistent with these requirements thus could include inherently permanent solar thermal or PV systems that supply heat or electricity solely to an associated building or structure.  They could also include loans used to fund construction of these systems provided that the security pledged to secure the loan includes the building and allows the lender to acquire the building if the borrower defaults.

In sum, while Hannon Armstrong’s PLR was not the industry game changer that so many were hoping for, it does provide an additional piece of the puzzle that renewable energy financing has become.  As such, it is a welcome development.