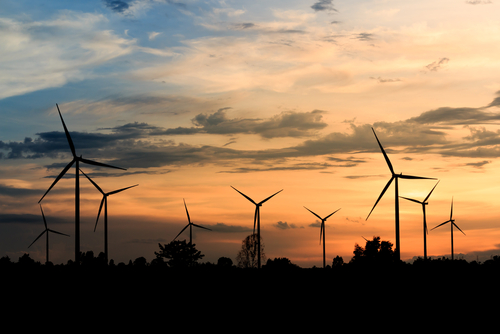 Solar installations are on course to exceed 2,500 megawatts in the year though March 31, 2016, topping the 2,400-megawatt target for wind, according to interviews with officials from India’s Ministry of New and Renewable Energy.

“By next year, solar installations will overtake those for wind by several fold,” Tarun Kapoor, a joint secretary in the ministry, said in an interview in New Delhi on June 8. He was referring to the fiscal year beginning April 1, 2016.

The solar pivot may take Modi closer to an ambitious goal of scaling up clean energy in India fivefold by 2022, part of his push for energy security and greater control over pollution. Only a handful of Indian states have abundant wind, whereas sun bakes much of the nation around the year. The nation currently relies on dirty, coal-fired power.

“Solar can become cheaper than wind,” said Anish De, a partner at KPMG near New Delhi. “As solar is getting more in focus, wind companies in India are looking to balance and expand their portfolios. Globally, wind has been existing alongside solar and growing. The same can happen in India.”

India has built up 22 gigawatts of wind power partly through a policy of tax breaks. Modi’s target for solar is 100 gigawatts by 2022 from about 4.1 gigawatts now. The goal encompasses both rooftop projects and utility-scale plants.

The premier’s challenge is finding the $200 billion the government estimates is needed to achieve a clean-energy transformation. Adani Enterprises Ltd., Reliance Power Ltd. and SunEdison Inc. are among those pledging investment.

Solar is typically quicker to install and more predictable than wind, according to Krishnan Pallassana, executive director at The Climate Group in New Delhi.

“If all these allocations do happen, it will be path- breaking even from the global solar market perspective,” Jasmeet Khurana, a senior manager at consultancy Bridge to India, wrote in an e-mail.