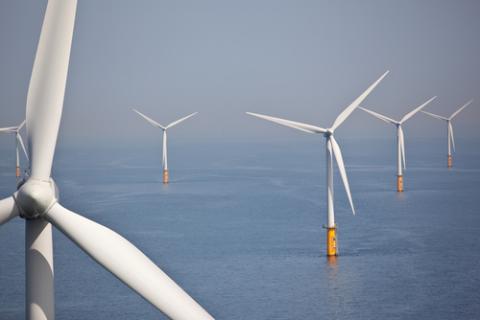 LONDON — India is seeking advice from the European Union on how to develop its potential for generating electricity from offshore wind turbines.

The four-year project will focus on the states of Gujarat and Tamil Nadu, according to the Global Wind Energy Council, which is working on the plan. The project is supported by 4 million euros ($5.5 million) of EU aid, the group said in a statement today.

India on Jan. 9 said it will establish an offshore wind agency. The country is already Asia’s biggest wind-turbine market after China, with 20 gigawatts of projects on land. It’s now looking to the sea because many of the best onshore sites have been taken, and poor roads make it more difficult to deploy larger, more productive turbines.

The project “falls perfectly in line with the vision of the government of India for development of offshore wind power in the country,” Alok Srivastava, joint secretary of the Ministry of New and Renewable Energy, said in the statement.

Currently, the bulk of the world’s offshore wind projects are in Europe, in the North, Irish and Baltic Seas. The only other substantial market is China, according to GWEC, which also identified Japan, Korea and Taiwan as having “exciting developments.”

India has no offshore wind projects, “and at the most we’ll be seeing some demonstration plants before 2020,” Sophia von Waldow, a London-based offshore wind analyst at Bloomberg New Energy Finance, said today in an e-mail.

GWEC, based in Brussels, is working on the project with the World Institute for Sustainable Energy in Pune, India; the Center for Study of Science, Technology and Policy in Bangalore; and DNV GL, a consultant. Gujarat Power Corp. will also contribute, according to GWEC.