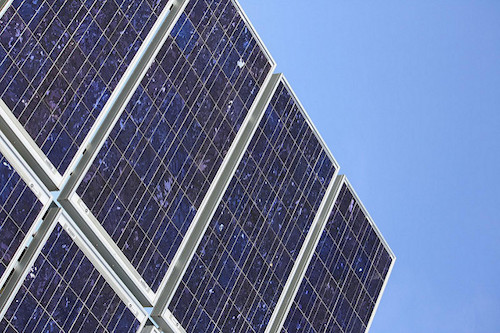 India’s largest power generator, which is spearheading Prime Minister Narendra Modi’s ambitious clean-energy goals, is expanding its solar target and slowing down development of its coal-based plants on concerns that the cost of renewables will be cheaper than conventional energy.

NTPC Ltd. will expand its target of setting up 10-GW of solar capacity, Chairman Gurdeep Singh told Bloomberg New Energy Finance in an interview. It will also support building of 15 GW of solar capacity by buying power from producers and selling it to distribution companies. It is exploring new opportunities such as solar-equipment manufacturing, solar parks and electric vehicle-charging infrastructure.

“The discussions have just started and we are exploring multiple options,” Singh told BNEF. “One of my concerns now is reverse grid-parity, with solar power cost poised to be lower than coal-based power.”

NTPC, which has over 47 GW of capacity mostly fired by fossil fuels, is leading Modi’s solar energy target of installing 100 GW by 2022 by committing to buy clean power in federal government-driven auctions. The generator has also sought bids for building 100 MW of wind capacity, as part of its plan to increase it to 1 GW in two years, Singh said.

NTPC has 24,000 MW of coal capacity in different stages of construction and enough land for another 5,000 MW, where construction is yet to start, according to Singh.

“As of now, we don’t intend to acquire any fresh land for coal-based power plants,” he said. “This year, we will commission 4,500 MW, and a similar capacity next year.”