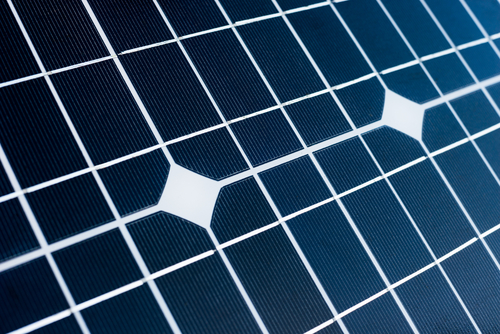 India’s biggest auction for solar energy yet brought a further reduction in prices, with companies such as SkyPower Ltd. of Canada and SunEdison Inc. of the U.S. competing with local firms.

Acme Cleantech Solutions Ltd. and Mytrah Energy Ltd. emerged as the top winners in bids to build 2,000 megawatts of solar farms in the southern state of Telangana. Together, they reaped 763 megawatts of contracts.

“This year’s weighted average bid price is likely to fall below 6 rupees (9 cents) a kilowatt-hour, which would be about 15 percent lower than the 2014 average,” said Bharat Bhushan Agrawal, an analyst at Bloomberg New Energy Finance.

SkyPower, which is based in Toronto, submitted the lowest bid, quoting a tariff of 5.17 rupees per kilowatt-hour, which won it a contract to develop a 200-megawatt solar farm, Dilip Kumar, superintendent engineer at Southern Power Distribution Company of Telangana, said by phone.

Overseas developers entering the Indian market are reducing the cost of solar farms, forcing local companies to lower the rates they’re seeking. The full breakdown of winners from this auction will take a few more days to finalize.

Acme won contracts to build 436 megawatts of projects including a 335-megawatt plant at a tariff 5.82 rupees a kilowatt-hour in the utility-scale category and 111 megawatts at a tariff of 5.88 rupees for smaller “distributed” units, said the company’s founder Manoj Kumar Upadhyay.

“Global competition is keeping us on our toes for profitability,” he said.

Wind energy company Mytrah sealed a deal for 327 megawatts at a tariff of 5.75 rupees, of which 150 megawatts is under the utility-scale category, said Vikram Kailas, the company’s managing director.

“This win is line with our strategy of diversifying into solar and is a huge responsibility,” he said.

The projects are supposed to be started within 12 months under terms of the deal. A total of 4,988 megawatts of bids were submitted by 101 developers for the auction, according to solar market intelligence firm Bridge to India.