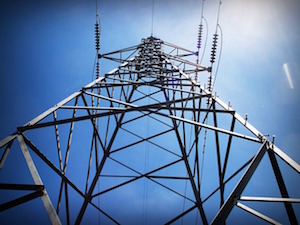 With the advent of 2018, power sector analysts will be busy documenting what went wrong, what was correct and what could have been done better in the Indian electricity sector last year. In the excitement though, an announcement that did not catch the fancy of many is the Central Electricity Regulatory Commission’s (CERC) approval for commissioning of the Automatic Generation Control (AGC) pilot project — a move that paves the way for operationalization and optimization of generation resources in the country.

Through its Dec. 6, 2017, order, CERC has approved commissioning of the AGC pilot project to be run jointly by Power System Operation Corporation Ltd. (POSOCO), the National Load Dispatch Centre (NLDC) and National Thermal Power Corp’s Dadri Stage-II thermal power plant. The idea of the pilot project was conceptualized by CERC in late 2015, followed by a series of discussions with various stakeholders, and leading up to a contract award to Siemens in late 2016. Mock test results were later submitted for stakeholder review and were found satisfactory. The NLDC further submitted various options for monitoring and accounting of the AGC based on results of the mock tests. CERC through this order has formalized the operations and provided guidance on replicating similar projects in other regional grids of the country.

The approval is crucial at this juncture when renewable capacity is adding up at an unprecedented scale and speed (both large-scale grid connected projects as well as several distributed energy resources primarily in the form of rooftop solar). Solar and wind plants are often referred as infirm power, meaning they bring a certain degree of uncertainty and unpredictability thereby making the work of load dispatchers difficult. Note that any mismatch in demand and supply on the grid causes a change in grid frequency – which is dangerous to the health of the overall system.

While the scheduling (advance purchase requisition or before-the-fact) and dispatch (actual or real-time availability based on predetermined rules for priority) are key functionalities of a power system control; others such as spinning reserve, reactive power and voltage control, frequency control, reliability, resiliency etc. are equally necessary. These services often are called “ancillary services” and can be provided competitively (e.g., the PJM Interconnection market in the U.S.) and/or in a controlled centralized way (POSOCO in India).

The CERC notes that the AGC pilot project “is a step in the direction of stable frequency operation and grid security.” Plants with AGC have the ability to follow signals, given directly by the system operator (e.g., NLDC), to regulate variation in area control error by increasing/decreasing generation. There is no manual intervention in the process, and response time is quick and automated.

The commission has directed to adopt a five-minute accounting and settlement period for monitoring of the AGC pilot project. However, given that the country’s energy settlement system runs on a 15-minute time block, it has been advised to calculate deviation charges using a 15-minute timeframe instead of five minutes. The deviation charges have been allowed at 0.50 Rs./kWh mark-up for both regulation up/down (i.e., increase in generation/decrease in generation) services. This payment will be drawn from the Regional Deviation Pool Account Fund or the DSM Pool for the region. Questions regarding keeping some portion of requisitioned surplus for the purpose of AGC have been set aside for further technical deliberations with stakeholders.

As a next step, the CERC has asked POSOCO to replicate similar AGC pilot projects in other regional grids. Ultimately, that will be followed by a mandatory AGC service for all generating stations that are designated regional entities. Better control of the power system will lead to lower system losses and enhanced life for various grid components and will alleviate fears of managing a greener grid. Indeed, CERC’s timely decision and guidance is nothing short of a gift for India’s power consumers.

This article was originally published by the author on LinkedIn.