More
Home Wind Power Onshore If You Build It, They Will Come: The Deal Structures That Are... 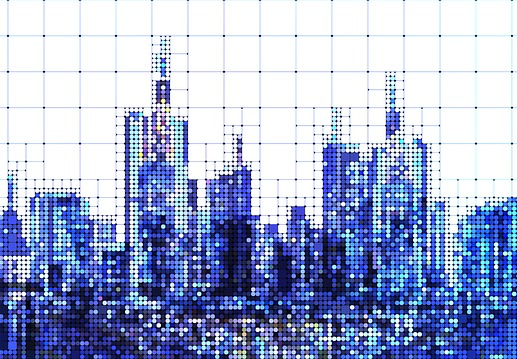 In 2006, Whole Foods made headlines when it announced that the supermarket chain would become the largest buyer of renewable energy credits in North America by purchasing a number of credits equal to its projected load for that year. The announcement represented an historical and important first step for corporations in the U.S., as it was perhaps the first commitment by a corporation of Whole Foods’ size and stature to “go green.”

In 2010, a tech giant showed corporations a new means for supporting the development of renewable energy, when Google invested tens of millions of dollars in two Midwestern wind farms then being developed by NextEra. Google did not purchase the energy from these wind farms, but the investment nevertheless advanced its corporate principles by aiding with additionality while also providing Google with a return on its investment. Like Whole Foods’ commitment to purchase renewable energy credits in 2006, Google’s direct investment in two renewable energy projects caused many corporations to consider how they, too, could get involved with renewable energy to achieve their own sustainability goals. And get involved they did.

In 2017, the global renewable energy capacity purchased by corporations under long-term contract equaled 5.4 GW, which surpassed the previous record that had been set just two years earlier. And over half of the renewable capacity put under contract last year was located in the U.S.—2.8 GW, which represented a 19 percent increase over the year before. And yet, thus far in 2018, corporations are showing no signs of pulling back, as projections indicate that global and domestic corporate renewables will once again set new records.

It is no surprise that the growth in corporate renewables has continued at a record pace, because what were once transactions driven almost purely by “go green” ideals or achieving sustainability targets have now also become driven by the bottom line, as the cost competitiveness of renewable energy is being increasingly used as a hedge against rising retail energy costs. Today, interested corporate buyers are provided with many options that are easily tailored to meet their demand for renewable energy.

What is seemingly the simplest transactional structure is, in fact, considered by many to be the most complicated, as is made evident by the small number of corporations that purchase renewable energy at wholesale. A corporation’s purchase of renewable energy on the wholesale market, itself, is fairly straightforward. Complications arise, however, when the question, “what now?” is asked. When energy is purchased at wholesale, it must then be resold. And that requires not only an understanding of how energy markets operate, but also adherence to federal energy regulatory laws—something most corporations are not prepared to encounter or may be unwilling to navigate. But for the minority, the optionality that comes with taking title to, and the physical delivery of, renewable energy at wholesale is worth the effort.

A corporation’s purchasing renewable retail energy from a project company, for immediate use, may seem to have the benefits of the wholesale transaction described above but without the regulatory complications. In a limited number of cases, that can be true. However, in many states, utilities are granted franchised service territories, i.e., a monopoly over retail service, and state law prohibits other entities from selling energy at retail inside such franchised service territories. This legal regime can prevent such retail transactions from taking place. And where direct retail service is not prohibited, the cost of utility demand charges or of transmitting the energy over one or more utility systems can be exorbitantly expensive. That being said, when the conditions allow it, such as in states where competitive retail access is available, a direct sale from a renewable energy project provides its corporate buyer perhaps the strongest claims to, and benefits of, its green energy purchase.

A virtual power purchase agreement (VPPA) is a financial instrument as opposed to a contract for the delivery of physical power. One of the benefits to a VPPA is that the renewable energy project can be located in any region with an organized energy market, i.e., there is no need for it to be located nearby the corporate buyer, although corporations are increasingly interested in geographically proximate projects under such structures.

A proxy revenue swap is among the newest products to appear in the corporate renewables market. A proxy revenue swap is a financial instrument, like a VPPA, however the transaction involves a third-party hedge provider who pays a fixed annual payment in exchange for “proxy generation” (power that would be produced based on measured wind speeds taking into account pre-agreed and fixed operational inefficiencies, such as availability, performance and electrical losses) multiplied by a “proxy price” (a designated hub price). The hedge provider therefore hedges two variables: weather and volume risk, in addition to the standard price hedge, while the corporate buyer receives renewable energy credits and a more predictable financial exposure. There is a possibility, however, that a proxy revenue swap may trigger special accounting rules depending on its structure.

With each year, the corporate renewables market has grown in optionality and, in turn, that optionality is bringing new participants of all sizes to the market. Developers and corporate buyers alike need to consider the risk allocations and regulatory impacts, as well as deal pain and cost, for each of these structures. And with the coming addition of corporate buyers of small and medium sizes, we expect to see continued growth in this market during 2018 and beyond. 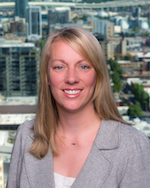 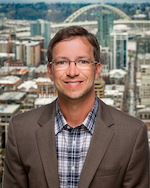 Jennifer Martin (left) is the co-chair of the Stoel Rives LLP energy team and is a partner practicing in the Energy Group. She represents energy clients in the negotiation of development-related agreements and advises on regulatory compliance related to deal structuring and implementation.