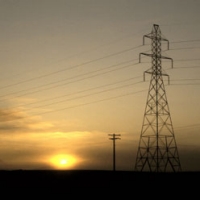 To prevent transmission overload that could take place with the new projects, Idaho Power maintained it needed to upgrade its transmission system in the area at a cost of $60 million, a cost to be borne in large part by wind developers.

Jared Grover, a developer for the Cassia Gulch Wind Park and Cassia Wind Farm, filed a complaint with the commission stating all Idaho Power ratepayers, not just developers, would benefit from the upgrades and should help pay for them. Further, Grover argued, requiring developers to pay for the upgrades would threaten the economic viability of his projects and stifle further development of renewable energy in Idaho.

Idaho Power has the transmission capability to handle the anticipated 200 MW in new generation under normal circumstances. However, existing transmission capacity is not sufficient to meet the company’s required reliability standards during times of emergency, such as when transmission lines are out of service.

“The parties agree that redispatch should be a rare occurrence,” the commission said. “If it proves otherwise, the commission expects to be notified by the utility.”

With the ability to curtail generation during times of transmission overload, the cost of needed upgrades is reduced from $60 million to $11 million. The parties agreed on a formula to pay for the remaining $11 million. Idaho Power will pay all the costs for the first phase of a planned five-phased upgrade.

For the remaining four phases, 25 percent of costs would be provided by the developer and 25 percent by Idaho Power Co., the latter to be included in rate base for future recovery from customers system-wide. The remaining 50 percent would be advanced by the developer, but refunded over a term not to exceed 10 years after the projects are commercially viable. The refunded amounts would then be included in rate base.

“We congratulate the parties on fashioning what we find to be a workable, least-cost and reasonable solution to capacity and operational constraints on the transmission system that will benefit Idaho Power, its customers and Cassia,” the commission said.

The transmission upgrades, Idaho Power said, will provide the company with a more robust transmission system serving the Magic Valley and the Wood River Valley.