Oil and gas developers have long had to worry about the left — that left-leaning governments might nationalize their projects. Now it looks as if renewable energy developers have similar political problems to contend with — but on the right.

Not that right-leaning states might appropriate projects for themselves — far from it. They might roll back policies supporting renewables or remove them altogether. Idaho’s decision in August to cut solar and wind power purchase agreement (PPA) contracts to two years is an example.

“What we have seen is the length of contracts being shortened on new PPAs,” Roger Conrad, energy and income advisor at Conrad’s Utility Investor, said. “For example, in Idaho, they had 20-year minimums, and they’ve cut that back to two years.”

He added that, with blue states, it’s likely that contracts will not be overturned.

“It’s more likely that you’ll have these mandates continue, but you really have to watch,” he said. “Kansas has a lot of wind power, but the current government has been trying to overturn renewable policy.”

In May, when Renewable Energy World contacted the Idaho Public Utilities Commission (IPUC); spokesperson Gene Fadness said that the IPUC had cut new PPA lengths temporarily to five years, while considering a request by Idaho’s three investor-owned utilities to reduce them to two.

However, Fadness did not think such an extreme reduction would happen.

“I don’t think the commission will … the request to reduce the contract length was in response to a sudden rash of solar contracts before a federal tax credit expires,” he said in May. “The commission will look at all of the issues and determine, hopefully, an outcome that doesn’t make wind and solar development impossible.”

At the end of August, in a surprise decision; Idaho’s PUC ruled in favor of the three utilities, and new contracts will be for two years only.

The three utilities had asked to have future Public Utility Regulatory Policies Act (PURPA) contracts shortened from 20 years to two. In Idaho, with no Renewable Energy Standard (RES), PURPA rules in place since 1978 require utilities to purchase power from renewables at the avoided cost rate; what the utility doesn’t have to pay to buy or generate itself.

“The utilities’ complaint is that PURPA puts them in a ‘must buy’ position if a qualifying renewable energy generator – be it wind or solar – presents a contract,” Fadness said. “So utilities are saying, ‘OK; we have to buy it, but we would like you to set some parameters on how much, how long and what the rates should be.”

While federal PURPA rules govern the requirement to purchase, state commissions have authority to set the terms and conditions of the contracts, he explained.

Only 30 of 200 written comments supported the ruling. Every witness and three quarters of the interveners at the decision hearing were against shutting out renewables.

Edward Burton, the permitting attorney for the Alyeska Pipeline, noted that “that project would have been impossible without long-term prospects for shippers of the product.”

It is not possible to develop projects without a source of income to repay the loan, he said.

One developer involved in the proceedings said: “Probably one of their motives is to cause developers to walk away in disgust. It is truly destabilizing.”

Short contracts do not present a threat to already-built combined heat and power attached to a thermal power block at a paper mill or cement factory. Efficiency improvements already pencil out for big industrial users. A PURPA payment is just icing on the cake. 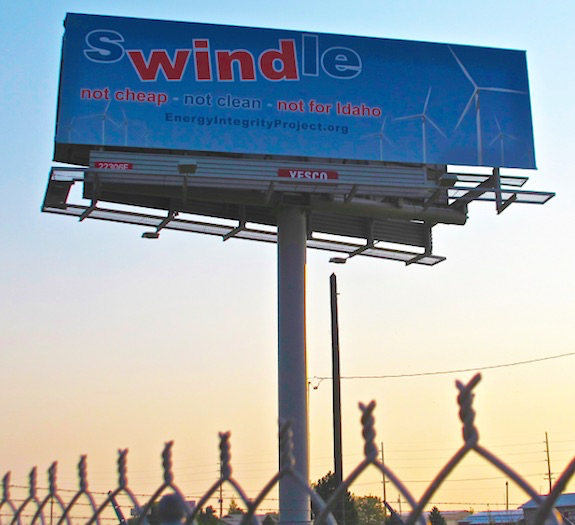 The last time that Idaho restricted PURPA contracts to two years, from 1996 to 2002, renewables ended.

PacifiCorp said it has a capacity surplus until 2028, and if all the proposed projects are constructed, they would represent 108% of average retail load.

Idaho Power’s Senior Vice President Lisa Grow said the utility did not need the generation, as it has 1,297 MW of renewable capacity, while proposed solar projects amount to another 1,326 MW and 2014 peak-load was about 3,184 MW. She did not address whether Idaho Power will have to shut down its 1,021 MW of coal under the Clean Power Plan.

Seeming to contradict the basis of the utilities’ complaint that they must buy renewables because they are under avoided cost rates; she testified that the average per MWh cost of coal at $23 or gas at $34 are at lower rates than PURPA contracts, which average $62 per MWh.

Fadness confirmed that more expensive rates would not happen because “the whole idea behind PURPA is that the renewable contracts must be accepted at avoided cost rate: as if the utility were to buy or generate the power itself.”

Impossible to Finance a Two-Year PPA

While Idaho utilities will still have up to 50 years to recoup their costs of building new generation, all PURPA contracts now signed in Idaho for renewable energy will be just two years.

The IPUC claimed that under PURPA’s “must buy” provision, when the first contract ends, the utilities would still have to buy another two years of solar or wind assuming they are still at avoided cost.

But financing under such uncertainty would be impossible; there are plenty of predictable PPA paybacks available in more renewable friendly states.

At Least You Can Walk Away from Idaho

If there is any comfort to be taken by developers, it is in the strength of U.S. contract law. In some European nations, developers caught by rule changes once projects are financed and built, cannot walk away. They are left holding the bag. Retroactive changes are unlikely in the U.S.

“I can’t see the commission, without very good reason, going in and altering an existing contract,” Fadness said. “That would be a breach of contract, and we don’t have the authority to do that.”

Although future development in these sorts of states might be risky, contracts that are already signed in Idaho are safe — unlike contracts that have been overturned in Spain and Italy and other nations, where governments retroactively changed purchase prices or retroactively added new taxes on solar generation.

“What we’ve seen in recent years is a number of European governments, including Spain, the Czech Republic, Bulgaria, Belgium, and even the U.K., introduce or propose retroactive changes to the solar sector,” U.K. Founder and Director of E3 Analytics Toby Couture said. “These retroactive changes can have a deeply chilling effect on investor sentiment.”

However, in Belgium, Bulgaria and the U.K.; courts did subsequently find these kinds of retroactive changes to be illegal, and overturned them.

In Spain, now even non-renewable infrastructure projects, like toll roads, are threatened as investors shy away from the risk of retroactive contract changes.

Inset credit: High Country News on who is behind the sWINDle campaign