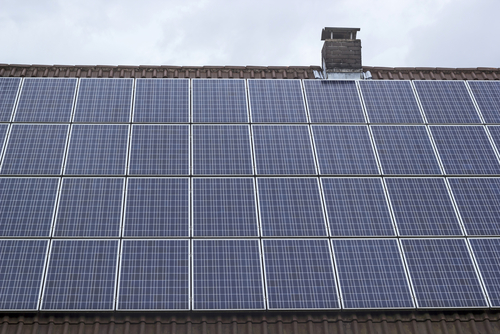 SAN FRANCISCO — Berkshire’s NV Energy, the state’s dominant utility, opposes the proposal to increase a cap on the amount of energy that can be generated with solar panels by residents who sell power back to the grid in a practice known as net metering.

While the billionaire’s famed holding company has reaped tax credits from investing in wind farms and solar arrays, net metering is often seen by utilities as a threat. Buffett wants his managers to protect competitive advantages, said Jeff Matthews, an investor and author of books about Berkshire.

“It always comes down to money,” he said. “It’s legal to lobby and it’s legal to push your agenda, so he’s going to push his agenda even if it looks kind of hypocritical.”

In an April presentation to investors, NV Energy laid out its strategy for addressing the growth of home solar. The utility said it would “lobby to hold the subsidized net-metering cap at current 3 percent of peak demand.”

The number of customers participating in the program in NV Energy’s territory more than doubled in 2014. As more generate power at their homes, the utility’s sales suffer.

Jennifer Schuricht, a spokeswoman for NV Energy, said the company “supports solar in all its forms.” She said the utility’s customers are being served by 247 megawatts of solar, enough to power about 150,000 homes.

Still, raising the net-metering cap “increases costs to all customers and we oppose putting upward pressure on rates,” Schuricht said in an e-mailed statement.

Sellers of rooftop-solar panels are pushing Nevada legislators to raise the cap, and one plan called for the ceiling to be lifted to 10 percent. Nevada State Senator Patricia Farley said she is proposing that Nevada’s utility regulator study the issue before lawmakers act.

“Across the country the utility industry is pressuring regulators and elected officials to limit solar energy’s growth, and the same thing is happening in Nevada,” said Gabe Elsner, executive director of the Energy & Policy Institute, a Washington, D.C.-based clean energy think tank. “NV Energy is trying to protect its monopoly by squashing competitors.”

Utilities say they support solar power. Their objections to net metering stem from the idea that customers who don’t have rooftop panels subsidize those who do.

The conflict in Nevada has also raised questions from the solar industry about influence-peddling. One of NV Energy’s lobbyists, Pete Ernaut, was an adviser to Governor Brian Sandoval on two campaigns. Sandoval has remained neutral on raising the net-metering cap.

The Republican governor is “a confidant of the big lobbyist on this,” said Bryan Miller, vice president of public policy and power markets at Sunrun, a San Francisco-based solar- leasing company. “Berkshire and the governor could not be closer.”

Mari St. Martin, a spokeswoman for Sandoval, said in an e- mail that “there is no conflict between the governor and lobbyists from either side.”

Ernaut “has been a lobbyist for NV Energy for more than 10 years, before the governor was the governor,” said NV Energy’s Schuricht. Berkshire bought the utility in 2013. E-mailed requests for comment to Ernaut and to R&R Partners, a marketing firm where he’s president for government and public affairs, weren’t immediately answered.

Berkshire, based in Omaha, Nebraska, has become a major investor in renewable energy over the past decade. Its utilities are among the largest generators of wind and solar power in the U.S., and Buffett frequently points out those statistics in public appearances and in his annual letters to shareholders.

Last June, he spoke at an industry conference in Las Vegas and said he was prepared to double his company’s commitment to renewable energy, which at that time totaled some $15 billion.