More
Home Blogs How to Site Wind, Solar and Transmission Projects in the Land-constrained Northeast... 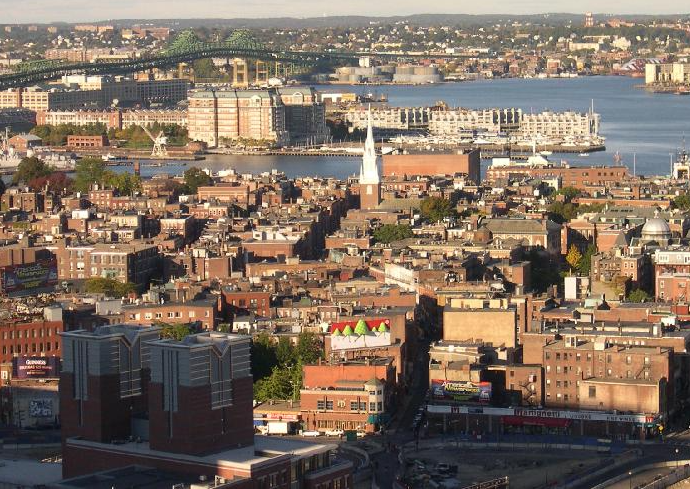 The Trump Administration’s pro-fossil, anti-climate agenda means states must lead renewable energy development in the near term, but will barriers to siting solar and wind in land-constrained regions impede growth?

Large-scale renewables are key to decarbonization, but siting projects is tricky even in leader states. For instance, New York and Massachusetts have ambitious renewables targets, but many potential locations for solar and wind in each are on private or preserved land — so where can developers build the generation required for clean energy goals?

Ambitious Renewable Goals Across the Most Constrained Lands

“We all live in a land-constrained environment — as the old joke goes, they’re just not making any more land,” said Stein. “But the Northeast lacks the vast tracts of federal land that characterize the West, where nearly half the land is federally owned.”

New York’s 50 by ’30 goal depends on timely regulatory approvals and private landowners willing to host projects, but a history of siting renewables daunts investors. According to the Alliance for Clean Energy-New York, four years is the best-case scenario for new wind farm construction, but obtaining permits can require up to eight years. 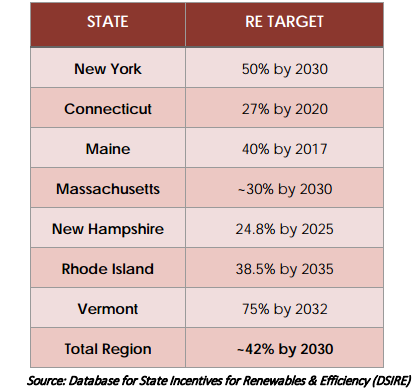 Regional Coordination May Be Key to Success

The aggressive renewable energy goals in the Northeast U.S. require substantial land areas for wind and solar in rural regions as well as meaningful offshore wind and solar near urban areas. In this context, regional planning and coordination can balance demand with siting.

“The Northeast should consider a regional mapping exercise to identify lowest-conflict areas for renewable development and transmission, which has been effective in the West,” said Stein, noting potential applications of the Energy Zone Mapping Tool. This collaboration of DOE’s national labs identifies areas suitable for renewable power in a searchable GIS format, including topography, proximity to water, nearest population centers, and environmental conflict areas.

Local landowner concerns are increasingly relevant to wind farm proposals across the Northeast. While farming communities welcome leasing revenue and tax incentives, opposition from homeowners and environmentalists can impede projects.

Communities often lack ordinances to deal with turbine siting, so when a new project is proposed, the most vocal opponents can lead local action, and state-siting preemption can overlook solutions benefitting local communities. But if local governments create ordinances dealing with siting or developers build local support before projects are proposed, all sides can benefit.

Wind developers should also explore land trust or other conserved properties to site new generation. One approach under consideration in New York is encouraging local land trusts to review their inventories and aid in identifying suitable sites for wind turbines, while designing new conservation easements to include wind energy.

Offshore wind could also tap grid infrastructure left behind as generation along coastlines is retired, especially substations and interconnection points currently servicing aging or uneconomic nuclear or coal plants. These could help balance supply and demand as the market pushes older fossil fuel generation offline. “Coastal power plants such as large nuclear plants slated for retirement may serve as ideal low-conflict terminals for new clean electricity to flow onto the grid,” said Stein.

“Brightfields,” or solar on brownfields/contaminated sites and capped landfills, could restore former industrial sites and factories to productive use in proximity to communities without requiring significant new transmission. The EPA’s RE-powering program has identified 80,000 potential sites nationwide, and many local governments provide tax incentives and streamlined permitting processes for brightfield developments.

Prison lands are another promising option, as most correctional institutions are surrounded by vacant land and are large electricity consumers. Several states have made open land surrounding prisons available for solar — in 2015 New York State issued a request for proposals to site arrays on state-owned land surrounding upstate prisons and sell power to correctional facilities under 20-year contracts.

“No Reason to Scale Back”

“There’s no reason to scale back,” said Stein. “Germany meets its electricity needs with 35 percent renewables, and California, Texas, and Iowa are rapidly following suit with more than 50 percent renewables at times — Northeast states, collectively motivated to decarbonize their economies, are right to confidently follow suit.”