Sustainnovate is focused on companies and organizations that are making positive change in the world. Specifically, we are focused on cleantech solutions that help to solve the global warming, pollution, water scarcity, and food insecurity crises that are facing the world. The bottom line is that, if we don’t change a great deal, much of the world’s population is going to be facing tremendous struggle within the coming decades. But the question is, how does big societal change happen? 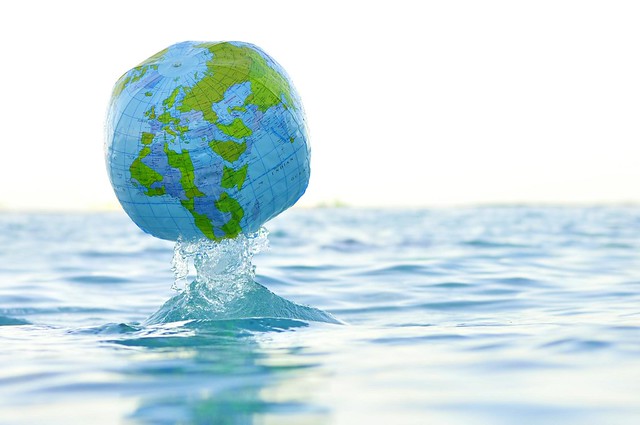 It depends on the type of societal change to which we are referring. If we’re talking about consumer goods and technology, the process is pretty well understood. Better products are developed, but they start out expensive. “Early adopters” with a lot of money buy them first, which helps the companies who produce them to gain economies of scale and bring down the costs. Furthermore, there’s often a lot of room for improvement with new technologies, so they get better and costs come down through work “in the labs” as well. Eventually, the technology gets picked up by a second group of early (but not super early) adopters. You could actaully say that this process happens several times, or even gradually in a sort of spectrum. At some point, so many people know people who have the technology, and the cost has come down so much, that there’s a lot of pressure on these remaining people to take the plunge and get the “new technology” as well. In the case of products core to modern life (such as refrigerators, TVs, dishwashers, cell phones, etc.), it becomes the norm to have the products, something that is widely expected.

Wind turbines, for the most part, are not consumer technology, so this type of transition isn’t relevant to that clean technology. Actually, this type of transition generally hasn’t been relevant to any energy transition technologies… until now. Solar panels do fit this model, and they are further along the adoption trend than most of us realize. In some places (like South Australia, where over 22% of homes have solar panels), they are almost at the final stage. In other places, they are in one of those first stages, but the inevitability that they will move down the adoption trend and become common household technologies seems pretty clear. In the developing world, people are actually leapfrogging a centralized grid based on large power plants and jumping into solar power. Its decentralized nature allows people to have the amenities of electricity in the remotest areas completely off any grid or connected to a microgrid. This is essentially the same thing as what happened when people in the developing world leapfrogged from no phones to cell phones.

Another clean technology shift on the consumer level concerns electric vehicles. While solar power is basically about cost and broader benefits such as better air quality and a safer climate, vehicles are machines with a wide range of qualities, features, and styles. Consumer experience is an important part of a person’s decision to buy one car over another. This is actually why I think electric vehicles will take over the market much faster than most people expect. Gasoline-powered vehicles basically just have one consumer benefit over electric vehicles — they currently have a longer range before needing refueled. Electric vehicles have a ton of benefits. For one, they have much better initial acceleration (instant torque). This is a ton of fun, and it also allows for less stressful driving in a lot of ways (easier acceleration into moving traffic or off the line at a red light). Electric vehicles can be charged at home and often at work, which means that you no longer have to find and waste time at gas stations. That extra convenience is a big boost. Other benefits include a smoother drive, a quieter drive, much simpler mechanics and thus maintenance, much greater fuel price stability (the price of electricity is relatively stable and predictable while the price of oil fluctuates wildly), and a much lower cost of operation, which often leads to a much lower total cost of ownership. Thanks to all of these benefits, electric vehicle sales are growing fast. However, outside of Norway (where EV adoption has gotten to a high level), EV adoption is still in one of the earlier stages. Using my summary above, I’d say that its in the second or third group of early adopters.

From regulations to tax breaks to other incentives, societal change also relates to the policies that support or oppose various technologies and practices. There are a variety of ways in which policies can evolve, but I think what often happens is that technologies a lot of people have or activities a lot of people engage in get support from the governments. Governments also commonly support change, but there needs to be a big challenge driving that and/or very forward-thinking, progressive leaders in charge.

Global warming, pollution, and resource scarcity are huge matters driving a lot of policy decisions today. However, many countries are also suffering from a lack of strong, forward-thinking leaders who are benefiting from and thus encouraging business as usual. While many of us would like to see policies that logically deal with the challenges at hand in an adequate way before these challenges get really big, I think we’re more likely to see such policies come as critical clean technologies become mainstream. In other words, rather than a lot of early policies addressing these environmental crises and a linear policy trend, I think we will see an exponential growth of supportive policies as technologies grow exponentially on the market. Hopefully that will be adequate!

Of course, one way in which policy change can be driven much quicker is through strong activism, including direct action. At the moment, we don’t have an adequate amount of that to make big changes in governmental policy in most countries. However, if things begin to get bad enough, we could see that sprout. I’m not counting on it, but that is a distinct possibility that could then have a snowball effect combined with growing competitiveness of important clean technologies.