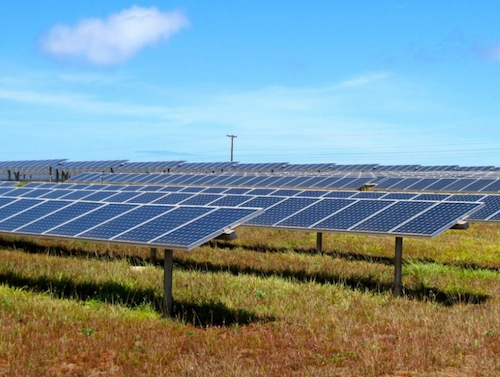 The U.S., and the world as a whole, is now in a transition to a clean energy future. The State of Hawaii—a leader in this transition since it established the Hawaii Clean Energy Initiative in 2008 with the Energy Department—is well on its path toward achieving the most ambitious clean energy target in the country. After initially setting a goal of 70 percent clean energy by 2030, Hawaii further upped the ante in 2015 by setting a goal of 100 percent renewable electricity by 2045.

Realizing that challenges will continue to arise as Hawaii closes in on its goal, The U.S. Office of Energy Efficiency and Renewable Energy’s Energy Transition Initiative (ETI) worked with technical experts from the U.S. Department of Energy’s National Renewable Energy Laboratory (NREL) to deliver training to Hawaii Public Utilities Commission (PUC) staff to help them prepare for the coming changes.

ETI provides a proven framework and technical resources and tools to help communities transition to a clean energy economy and achieve their clean energy goals. In the case of Hawaii, policies are evolving as quickly as the technology. Working with the PUC staff, we identified how leading researchers at NREL could build some internal capacity to help them keep pace.

The training, which was held this past July and spearheaded by NREL, concentrated on electricity systems with high penetrations of renewable energy. It built on a previous training NREL led for the PUC in August 2015 on the basics of electricity systems.

Carried out in two half-day sessions, the latest training covered more advanced topics, including energy modeling. The first day explored a variety of future energy scenarios, such as high fuel prices or inexpensive solar energy technology, and then examined the societal costs of each scenario.

For the Hawaii PUC staff, NREL developed a web interface for simplified distribution modeling, allowing participants to examine the effects of changing just a few variables. This web interface enabled them to go in and change two or three things to see how the placement of solar PV systems on the feeder could change the voltage profile at different points. This was an excellent way to get the PUC staff engaged on renewable integration and power distribution issues.

In addition to Hawaii, ETI works with other islands to establish a long-term energy vision and successfully implement energy efficiency and renewable energy solutions, including the U.S. Virgin Islands, several Pacific islands, and even some small islands off the coast of Maine.

Island areas have some of the biggest technical challenges in terms of actually getting to these clean energy targets. You don’t have neighboring states that you can lean on to balance supply and demand, and Hawaii has welcomed the Energy Department and NREL to work together to solve these tough challenges, learning lessons along the way.

Some of these lessons learned are available in the ETI Islands Playbook, an action-oriented guide that provides a framework that any community can use to successfully initiate, plan, and complete a transition to a clean energy system.