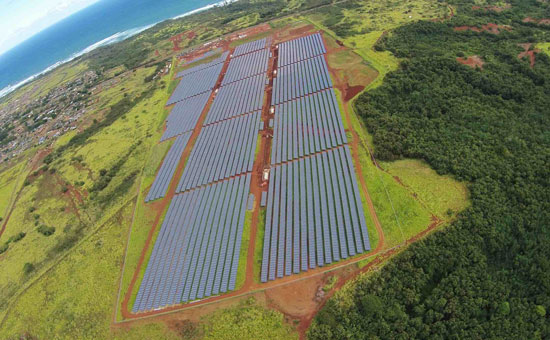 Project developers in Hawai’i eagerly anticipate a Public Utilities Commission (PUC) decision on seven utility-scale solar PV installations with a total capacity of some 220 MWac. Though unconfirmed, word is that the Hawai’i’s three PUC commissioners will reach a decision in the next week or two.

Amounting to nearly 20 percent of peak power demand on Oahu, the Aloha State’s most populous island, the PUC’s decisions will have a huge impact on Oahu’s power grid, as well as solar sector jobs and achieving a recently government-mandated goal of renewables meeting 100 percent of state-wide electricity consumption by 2045. A PUC spokesperson would not comment on the proposals.

Submitted by developers Eurus, Hanwha, SunEdison and NextEra – whose proposed acquisition of Hawaiian Electric Company (HECO) is also pending approval by the PUC – five project proposals were filed around the same time last year. Two others date back to 2013. All the developers worked closely with, and obtained support from, HECO before submitting their proposals to the PUC. HECO delivers all Oahu’s and 95 percent of Hawai’i’s electricity.

HECO spokesperson Darren Pai pointed out that the utility has its own target of obtaining 65 percent of the electricity it distributes from renewable energy resources by 2030 and is committed to doing its part to realize the state´s 100 percent-by-2045 goal. ¨We’re going to need a diverse portfolio of cost-effective resources in order to reduce carbon emissions and our dependence on imported oil,¨ Pai said in a brief interview.

If approved, the solar PV projects would generate a lot of business for solar PV manufacturers and suppliers in Hawai’i, which boasts the highest per-capita rate of PV adoption in the U.S.

Eight utility-scale projects totaling some 240 MWac were originally submitted to the PUC for approval with HECO’s backing. Competitive bidding was waived for all of them.

One of two project proposals submitted by SunEdison in 2013, the First Wind (now SunEdison) Mililani I project was denied approval by the PUC about a month-and-a-half ago, Drew Bradley, REC Solar Hawai’i’s director of business development explained during an interview. 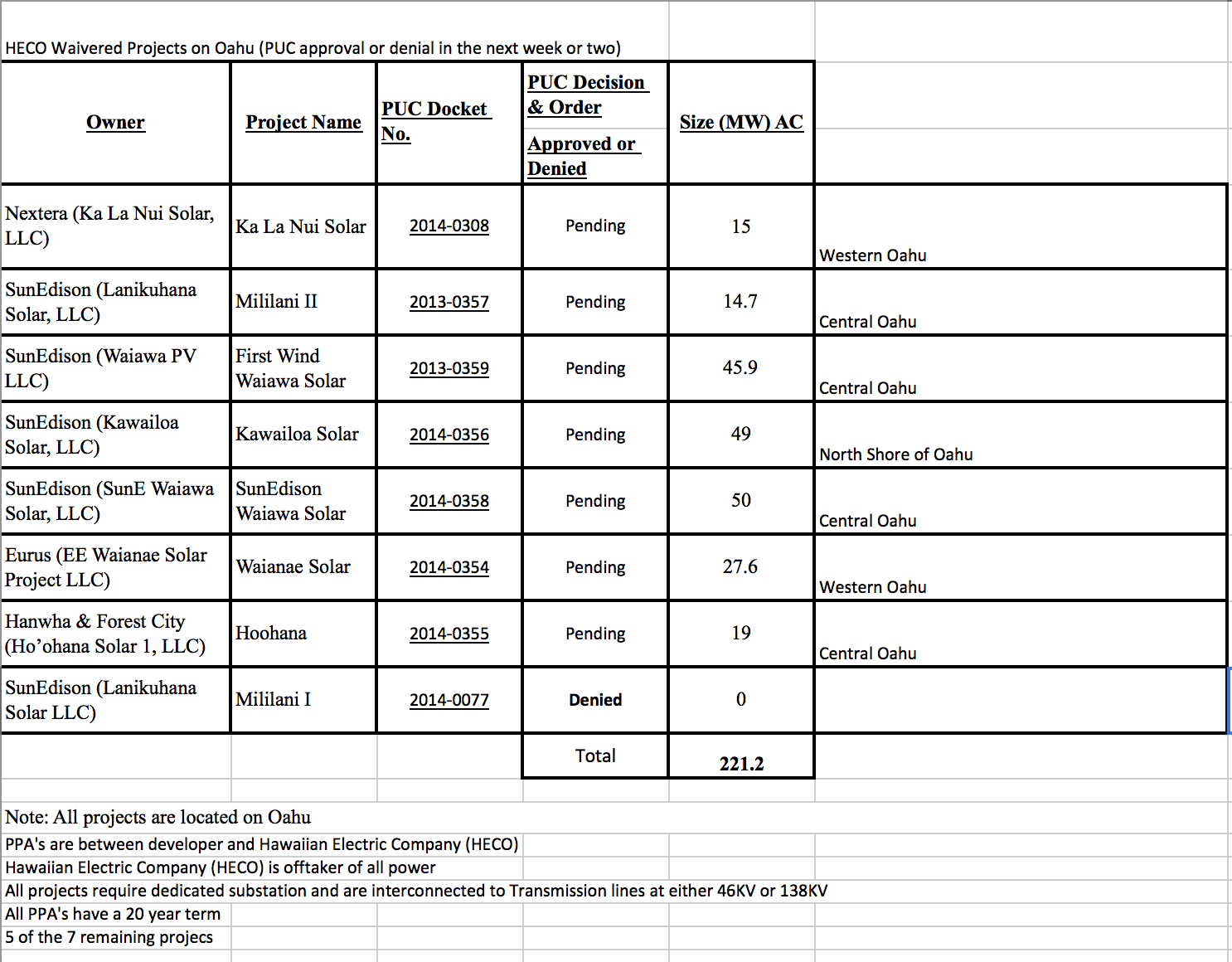 Projected to generate electricity at around $135-$150 per MWh the seven projects still pending PUC approval are all cost-effective, according to Bradley. Furthermore, proven developers who have put large sums of capital at risk have proposed them.

If approved, the developers will be looking for contractors to engineer and build, as well as operate and maintain, the utility-scale PV systems. “Having built the largest solar PV project in Hawai’i we feel ideally qualified to engineer, procure and construct one or more of those projects,” he added.

Nearly 70,000 rooftop solar PV net metering applications (NMAs) have been approved across Oahu, Maui and the island of Hawai’i. Having announced last October it would clear a backlog of some 2,000 pending net metering applications from residents who have or plan to install PV systems, HECO has approved more than 15,000 to install or interconnect, according to a company press release.

“Rooftop PV is an important option for many of our customers and a key part of the mix of renewable resources we need to meet our state’s goal of 10 percent renewable energy by 2045,” HECO SVP of customer service Jim Alberts was quoted as saying. “We’re working hard to provide our customers with options that support the continued growth of solar energy in ways that are safe and reliable while ensuring fair treatment for all customers.”

The seven project developers awaiting decisions by the PUC have a lot of money on the table, Bradley said. ¨It’s a big decision; there’s nothing more important for them. ¨