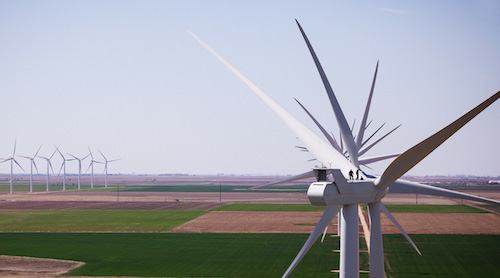 The growing reliance by U.S. energy markets on low-cost wind and other clean power sources is a key part of the solution, not a problem, for ensuring the reliability, resilience and security of America’s electric grid, the seven top U.S. grid operators told a House Energy and Commerce subcommittee hearing on “Powering America” July 26.

PJM, the nation’s largest electricity wholesale market, said its power generation fleet is “more diverse than it’s ever been, more reliable than it’s ever been and prices are lower than they’ve ever been.” In his remarks, Craig Glazer, PJM‘s VP for federal government policy, echoed and reinforced comments by other leaders of the U.S. wholesale power markets.

As the nation awaits the grid study ordered last spring by U.S. Department of Energy (DOE) Secretary Rick Perry, business leaders who operate the grid shared their views with Congress to underscore the business realities driving today’s energy markets. Economics is at the top of that list. 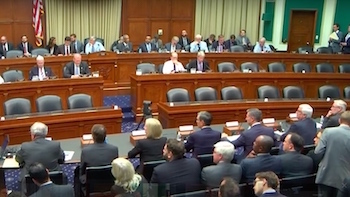 Today, wind, natural gas and solar are the energy market leaders and customers’ preferred choices for new U.S. power, for good reasons. They’re answering the call for what the market wants — low cost, reliability, resilience, flexibility and security — and also support a booming workforce of more than half a million U.S. jobs.

As I’ve noted in previous columns, major utilities — such as DTE, Xcel Energy, MidAmerican Energy and AEP — along with corporate buyers and other energy customers, know what makes economic sense, and they want more. In second quarter 2017, wind power projects under construction or advanced development are up 40 percent from last year. DOE reports wind now generates 10-40 percent of the electricity in 14 states. Wind has more than 1,000 utility-scale projects in 41 of 50 states, and is rapidly expanding share.

The good news is grid operators say this market-driven transition to renewable energy and natural gas is strengthening the grid as it reduces customer prices. Wind is reaching record levels on regional grids and being integrated seamlessly in the changing fuel mix. Grid operators confirm the U.S. power supply is as dependable as ever — in fact more so. 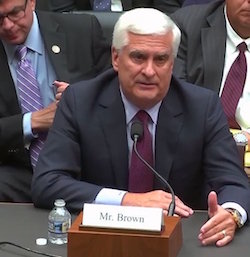 Record Power from Wind: “We continue to integrate a very large amount of wind on our system”

For Southwest Power Pool (SPP), wind has become the “second most-prevalent fuel source in the SPP region, making up over 25 percent of our energy generated this year,” said Nick Brown, SPP president and CEO, and chair of the Independent System Operators and Regional Transmission Organizations Council (IRC).

In April, wind penetration reached a record peak of 54 percent on SPP’s grid, and “it serves continually more and more of our load without any undesirable impacts to reliability,” said Brown. “Successful integration of wind and other renewable and variable energy resources is dependent on enabling transmission infrastructure, consolidated balancing authorities and effective market processes.”

“We continue to integrate a very large amount of wind on our system,” said Cheryl Mele, SVP & COO, Electric Reliability Council of Texas (ERCOT). “Wind generation served 50 percent of total load of 28,780 MW at one point on March 23, 2017. As we integrate these and other emerging and evolving technologies, fuel diversity will continue to be a main component in keeping our system reliable as well as flexible.” ERCOT credits wind with keeping the lights on during a 2011 cold snap that caused conventional plants to fail, and wind turbines also performed well in the 2014-15 polar vortex when other generation technologies tripped offline. 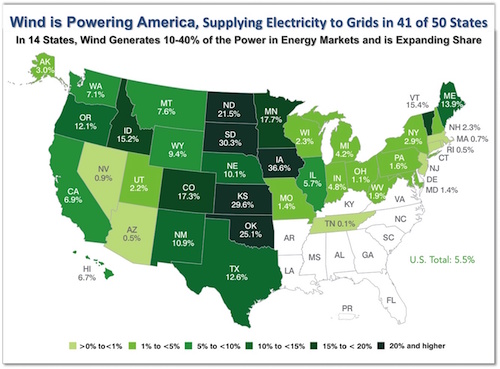 Initiatives to modernize the grid don’t require much action from legislators, grid leaders said. They urged letting competition and “market-based solutions” define the ideal energy mix of the future. Let the markets do their job.

Where legislators can assist, they said, is on the issue of direct security threats. The increasing diversification of today’s energy mix is making the nation’s power supply more secure. Big power plants can be more vulnerable to big interruptions that disrupt Americans’ power and are more costly to cover with redundant capacity. 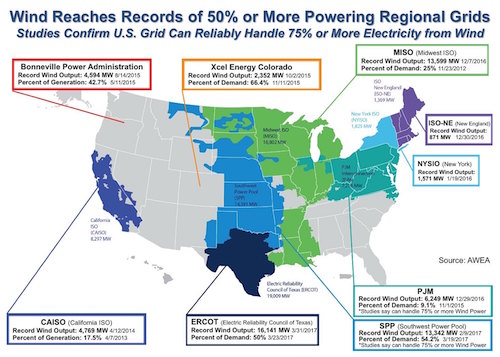 But America must remain ever vigilant to the rising threat of cyber and other attacks. “To keep up with the attacks that are happening in real time, we have to go above and beyond the standards, because the policy can never keep up with the technology,” said SPP’s Brown.