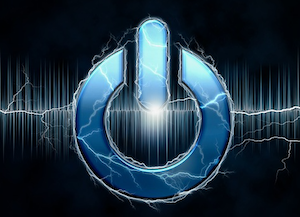 The award is a public endorsement of the giant corporation’s work in renewables and clean energy — the company has been carbon neutral since 2007.

Director of the Zayed Future Energy Prize, Dr. Nawal Al Hosany said the prize “acts as a catalyst for the advancement of renewable energy solutions by rewarding and recognizing those who have implemented sustainable policies and practices.”

The Zayed Future Energy Prize was established by the UAE leadership in 2008 in honor of the environmental, social, and economic sustainability advocated by the nation’s founder, Sheikh Zayed bin Sultan Al Nahyan.

Recent previous winners of the Large Corporation Award include ABB and GE.

Other winners today included a Lifetime Achievement Award for Shuji Nakamura, who invented the LED light, and French company Sunna Design won the SME award for its work on smart solar street lights for harsh climates.

The Zayed Future Energy Prize is part of Abu Dhabi Sustainability Week, which this year has an increased focus on the next generation of innovators and entrepreneurs.

“Investing in youth is always imperative, but this generation, the first to be digitally native, is very special. They are uniquely equipped to adapt to the rapid advances of this era. This year’s ADSW is therefore intentionally focused on ‘generation next’. Their outlook is not defined by the limits of the past, but liberated by the possibilities of the future.”

He said that today “we have the means and the technology to achieve even greater progress on the three fundamental pillars of sustainability: economic, social and environmental.”

Find out how Google buys its renewable energy here.