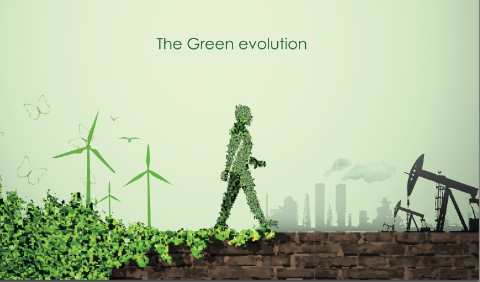 SAN FRANCISCO — Google Inc. plans a deeper push into the $363.7 billion U.S. power-sales market by working on tools that help utilities deliver electricity to homes and businesses more efficiently, people with knowledge of the matter said.

The operator of the most popular Internet-search engine is in the early stages of building software and hardware tools to manage power lines and other infrastructure, said the people, who asked not to be identified because the matter is private. The technology is being developed by Google’s EnergyAccess team and led by Arun Majumdar, vice president of the company’s energy unit, the people said.

Google, a big consumer of electricity for the computer servers that power its services, is looking at ways to transform the century-old utility industry, which has been struggling to adapt to changing demands for power management and production. As solar, wind and other renewable energy sources come online, the power grids that transmit electricity will need to be more flexible and efficient.

“They recognize there is a huge wide-open space and that the utility companies are not stepping up to the plate,” Steven Chu, former secretary of the U.S. Department of Energy, said of Google during an interview last month at an energy conference in Fremont, California. “They see a huge market opportunity.”

Chu said he isn’t familiar with Google’s plans and was expressing his views on what the company might do. Kelly Mason, a spokeswoman for Mountain View, California-based Google, declined to comment on its energy project and who is handling the effort.

Others have pushed into energy-management services. ABB Ltd., Siemens AG and Alstom SA are among the companies offering tools that can help utilities integrate rooftop solar systems and quickly respond to changes in electricity demand such as on hot summer days when air-conditioning units tax the grid.

Google, which is also funding projects in health care, computerized eyewear and self-driving cars, has been stepping up investments in recent years to make energy more clean and efficient. Earlier this year, it spent $3.2 billion to acquire Nest Labs, a digital-thermostat company, and is an investor in Atlantic Grid Development LLC, a project designed to help deliver electricity in New Jersey.

Google has also put more than $1 billion into environmentally friendly energy power projects in the U.S. and around the world. That includes everything from wind farms in Oregon to solar efforts in Germany.

Such investments have given the company experience in the power industry, preparing it to develop new products that could help with managing the increasingly complex power market.

Already, advances in areas including sustainable power and home energy management have begun to threaten the traditional utility business model.

Most electricity now moves from large, centralized generation stations to homes and businesses, powering heating units, laptops and blenders. While generally effective, that approach has raised concerns for potentially being inefficient, polluting and costly — especially when compared to the decentralized movement of bits of information on the Internet.

Now, electricity has begun to flow in new ways on the grid, empowering consumers and prompting demand for new services to efficiently manage the distribution of electricity. Technologies are emerging that will allow for more granular control and movement of electricity, similar to how data is processed and moved over broadband networks.

“Google is working on innovative solutions for access to clean, low-cost electricity,” according to a job posting on Google’s website. “Google is seeking to develop technologies and products to address global opportunities for electricity delivery via new and improved infrastructure.”

The company didn’t hold back in its assessment of the potential, saying it involved “solutions that aim to fundamentally change the world of power.”

Google also has some patents that target power efficiency. One patent published in 2012 cites an apparatus to manage the flow of electricity on the grid with an eye on how the power is being used by electric vehicles, batteries and household appliances.

“Appropriate control of power use over time can compensate for variations in power supply or demand elsewhere in an electrical grid,” the patent said. “Further, such control of energy use can improve the stability of the electrical grid.”

There are at least two postings tied to the project referred to as “Energy Access/Bottom Up Grid” — one for a hardware engineer in power electronics and the other for a mechanical/thermal engineer. The project is slated to get to “mass production,” according to one of the job listings.

Majumdar joined Google in December 2012. Before that, he worked with Chu at the Department ofEnergy, where he pushed for innovation and new products through the Advanced Research Projects Agency Energy group, known as ARPA-E.