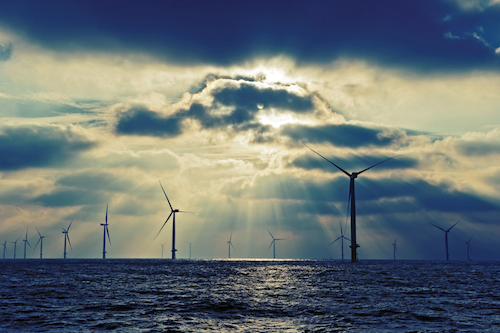 The final go-ahead came in the form of an Aug. 16 Development Consent Order approved by the UK Secretary of State for Business and Energy after recommendation from the national Planning Inspectorate.

“A project of this size will help in our efforts to continue reducing the cost of electricity from offshore wind and shows our commitment to investing in the UK,” he said.

Hornsea Project Two has ousted the title for world’s largest planned offshore wind farm from what will be its adjacent Hornsea Project One: a 1.2-GW development for which Final Investment Decision was reached in February and offshore construction is scheduled to commence in 2018, for completion around 2020. Hornsea Project One will feature 7 MW turbines delivered by Siemens, installed in water depths typically between 30 to 40 meters.

But even Project Two may not hold the title for long: DONG is already considering its options for development of Hornsea Project Three, touting a potential capacity of 2.4 GW. Submission of a planning consent application for Project Three is expected in 2018. 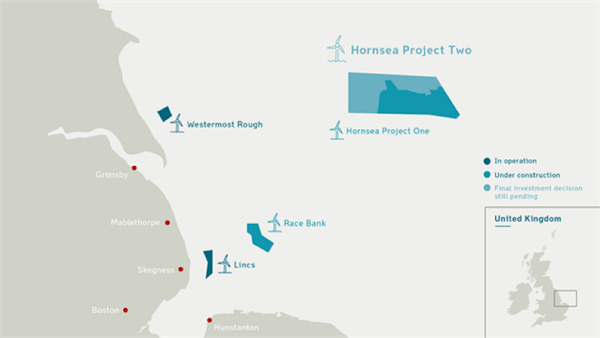 The Danish company has proven to be a key stakeholder and catalyst in the UK offshore wind power market, having installed around one fifth of its total 5-GW offshore capacity through several major projects. The latest development adds to DONG’s already ambitious pipeline of works in the UK, and feeds into its aim to install 6.5 GW of offshore capacity around Europe by 2020, up from 3 GW currently in operation.

“Overall we see a great future for offshore wind in the UK for the right type of projects,” a DONG Energy spokesperson told Renewable Energy World. “At DONG Energy we currently have four projects under construction in the UK, which will provide another 2.7 gigawatts of offshore wind power.”

The Hornsea news comes at time of relative discord in the UK energy industry, as debate ensues over a decision of whether or not to proceed with the Hinkley Point C nuclear plant. Last month, Prime Minister Theresa May delayed a final decision on the controversial 1,400 MW nuclear project — a move that came amidst a summer of increasing criticism of the project over its expense (most recent estimates project costs as high as £37 billion), delays, and validity as an effective means to support the UK’s progression to a cleaner energy industry.

Weighing in on the debate, wind industry stakeholders have been quick to push the case for wind power — highlighting that investments in wind can carry far more cost-effective returns and lower risks than nuclear power.

Huub den Rooijen, Director of Energy, Minerals and Infrastructure at The Crown Estate — the body managing development of UK offshore wind power —, stated in reference to approval: “Offshore wind is already on course to meet 10% of the UK’s electricity demand by 2020. Major developments of Hornsea Project Two’s scale will pave the way for its continued growth alongside driving down costs, creating high value jobs, and supporting the UK’s transition to a low carbon energy supply.”

Seen against this background, the green light for Hornsea Two provides fresh weight to contentions of offshore wind developers and a stark reminder of the critical role of wind power in transitioning to cleaner futures.