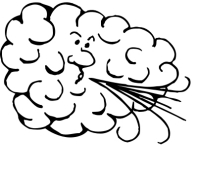 London, UK — The analysis firm Bloomberg New Energy Finance released figures on the global wind market this week. As expected, BNEF reports that the European and American markets will decline. However, the challenges in those countries were balanced out by another big year in China.

Here’s what BNEF found, as reported by its research staff:

The global wind industry will see a flat year in 2010, as measured in new megawatts capacity installed, compared to 2009. Onshore and offshore wind installations in 2010 are expected to total 37.7GW, down 2% from 2009, but are set to bounce back to 45GW in 2011. Bloomberg New Energy Finance expects the sector to continue to grow in the years that follow, with an average of 48GW to be added in years 2012-2013.

While activity in 2010 will remain roughly even from 2009, growth rates vary widely across regions, with the rapidly growing nations of the developing world leading the way. China onc e again will be the global leader and will install 25% more new capacity than in 2009, when the country set a record with 14,000 new megawatts. The growth in China’s installations is underpinned by record levels of investment, which in Q3 2010 represented just under half of all funds put into new wind projects globally. Approximately one in two wind turbines to go online in 2010 will be in China.

China’s growth in wind energy contrasts with a considerably gloomier picture in the US, where Bloomberg New Energy Finance expects installations to fall 39% in 2010 compared to 2009. The US market continues to be challenged by fallout from the financial crisis, low power prices and an uncertain medium-to-long term policy environment. Low natural gas prices remain a particular problem, since they bring down the cost of gas-fired electricity and therefore make it hard for wind project developers to negotiate attractive power purchase agreements with US utilities. The US remained relatively subdued in terms of all types of clean energy asset finance, not just in wind, in Q3 2010, with $4.4bn invested, down from $5.1bn in Q2.

Turbine prices have remained weak around the world in 2010. The latest version of the Bloomberg New Energy Finance Wind Turbine Pride index shows the median price for turbines ordered so far in 2010 (including towers and transport) was equivalent to $1.4m per Megawatt of capacity, down from a peak of $1.79m per Megawatt in 2008. Bloomberg New Energy Finance expects prices to continue to fall in 2011 as turbine manufacturing capacity exceeds demand in all regions by a significant margin.

Bloomberg New Energy Finance is expecting to see 21% growth in installations in 2011 to 45.0GW, with the majority of this coming from non-traditional wind markets in Latin America and Asia. The group is also predicting that offshore wind installations will more than double between 2010 and 2013, rising from 1.3GW to 3.3GW per year. Europe will lead the way with 80% of these installations, specifically in the UK and Germany.