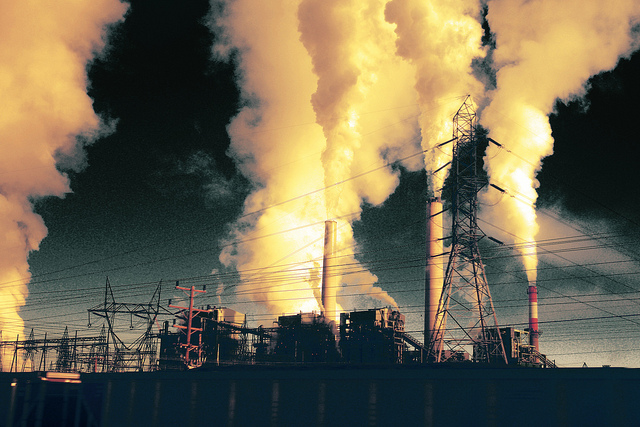 For at least the last 40 years, since the oil shocks in the 1970s, dealing with fossil fuel subsidies has been on the international agenda. There have been various pronouncements of intention during that time from the G7, G8, G20 and other ‘G’ bodies, although nothing much has happened; except that the numbers of billions of dollars spent by governments each year on subsidizing both production and consumption of oil, coal and gas have generally increased.

For many years, this was an important component of the debate about renewable energy, and one of our key arguments in the cost debate. Now that wind (and now also solar) are becoming more and more competitively priced against heavily subsidized incumbents, you don’t hear so much on the subject in renewable energy circles, although it is a useful argument to have handy when out-of-touch incumbents argue about how heavily subsidized renewables are. By the most conservative estimates, fossil fuel subsidies are five times that for renewables, and most estimates would put it much higher, some by an order of magnitude.

The International Energy Agency’s (IEA) World Energy Outlook has been tracking this issue for some years now, and at the moment they put the total consumption subsidies, largely in developing countries, at around US$500 billion per year; which goes up and down with oil and gas prices, currency fluctuations and minor shifts in policy, but that has been the range for the past five or six years. Consumption subsidies in the OECD are usually in the range of around US$50 billion per year.

Estimates of production subsidies, mostly in industrialized countries, range from a low of US$80-100 billion per year, according to the OECD, to as much as US$450 billion year by private researchers. Then add to that the US$100 billion or so annually from International Financial Institutions and National development banks, and the US$50-100 billion from Export Credit Agencies and you start to get a to a very large number, something on the order of a US$1 trillion per year; and that begs the question of how much of U.S. military expenditures are dedicated to protecting oil supplies in the Persian Gulf.

That figure does not include the costs to society, the so called ‘externalities’ from the production and consumption of fossil fuels, such as damage to infrastructure, agriculture and humans from air pollution, from water pollution, and of course, damage from climate change. The IMF published estimates last year that put that number at around US$5.3 trillion.

Calculating and defining subsidies can easily tie you up in econometric and methodological knots, but I think everyone would agree that the number is huge. The IEA estimates that we are currently subsidizing CO2 emissions from burning fossil fuels to the tune of US$100-130 per tonne…and remember, the IEA’s estimates of subsidies are among the most conservative. In that light, it’s not hard to see why existing carbon prices are not having a great deal of effect!

So when it was widely reported that the G7 leaders at their Summit in Japan on May 26-27 had adopted a timetable for the phase out of fossil fuel subsidies, I was intrigued. This was seen as a follow-up to the G20 announcement in Pittsburgh in 2009, where the world’s 20 largest economies agreed “To phase out and rationalize over the medium term inefficient fossil fuel subsidies.”

Unfortunately, the “G7 Ise-Shima Leaders’ Declaration” is not quite as robust as advertised. It says, “We remain committed to the elimination of inefficient fossil fuel subsidies and encourage all countries to do so by 2025.” Quite apart from the ambiguity of what is meant by ‘inefficient fossil fuel subsidies’ (what’s an efficient subsidy? and why, in this case, is it better?), ‘encourages all countries to do so by 2025’, while it is a positive signal, is hardly an agreement to do anything. In fact the track record of most of the G7 countries since Pittsburgh is pretty dubious in this regard, although the IEA notes that both Indonesia and India have made significant progress in phasing out consumption subsidies.

So, are we going to see an end to fossil fuel subsidies by 2025 because of the G7 announcement? Not likely, but I think there are three reasons why this time might be a bit different.

First and foremost, the Paris Agreement, which was strongly acknowledged in the Ise Shima Declaration, both in terms of the long-term commitment to keep global mean temperature rise below 2 degrees Celsius above pre-industrial levels, while keeping an eye on 1.5 degrees Celsius, as well as the need to review and revise their current pledges in that light.

Estimates are varied as to how big an impact eliminating subsidies could have, but the IEA estimates that up to half of the effort needed to reduce emissions from fossil fuels to meet the 2 degrees Celsius target could be achieved in this fashion.

Secondly, the time is right, given fossil fuel prices are quite low and seem likely to remain so for some time, and the impact on consumers would be less.

Finally, given the recent revelations about the complicity of multinational oil companies in suppressing and distorting the science of climate change, it may be more politically palatable now.

But against that we have to remember why we have hundreds of billions (at least) of subsidies for one of the world’s most profitable industries: the fossil fuel industry is arguably the most powerful non-religious vested interest in human history; and people like cheap fuel for their cars.

So, while the renewable energy revolution is well-underway and unstoppable, we are in a race against time. Eliminating fossil fuel subsidies would help enormously, but it’s going to take more than a G7 resolution to achieve that. Let’s hope the Ise-Shima statement is the beginning of a new political effort, not the end.