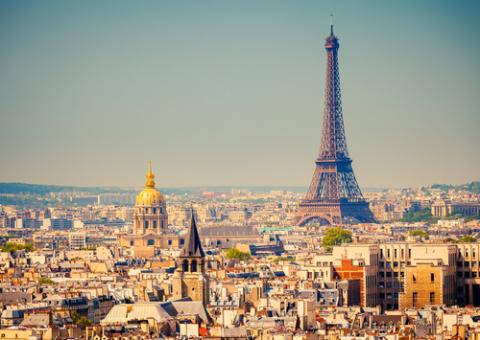 PARIS — Jeffrey Immelt arrived in France today as the General Electric Co. chief executive officer makes a final push to sell the government and unions on its bid for Alstom SA’s energy assets over an offer led by Siemens AG.

Immelt is in Paris to present new details of GE’s $17 billion plan to officials including Economy Minister Arnaud Montebourg, according to GE. Negotiators for the U.S. manufacturer continue to refine specifics ahead of a June 23 deadline, including the structure of Alstom’s renewable energy, grid and transport businesses, the company said.

Seven weeks after unveiling its proposal for Alstom’s energy operations, GE confronts a counterbid by Siemens that seeks to carve up Alstom together with Japan’s Mitsubishi Heavy Industries Ltd. and Hitachi Ltd. The Siemens proposal values the energy assets at 14.2 billion euros ($19.3 billion).

Immelt’s return to Paris underscores the stakes in a deal that would give Fairfield, Connecticut-based GE control of Alstom’s technology for electricity transmission and power-plant maintenance as Europe’s economy starts to recover. The acquisition would be GE’s biggest ever and bolster Immelt’s push to return the company to its industrial roots.

“I decided to come myself,” he said.

Steve Bolze, CEO of GE’s power and water unit, and John Flannery, the company’s lead negotiator, were in France for the latest round of talks, and GE has been running advertisements highlighting its plan to create 1,000 new local industrial jobs. It’s using the tagline, “Tomorrow is made in France.”

While GE doesn’t intend to increase the cash component, the company has been working on refinements as French political leaders seek concessions on issues such as local employment and the country’s energy independence. The involvement of the government resulted in “much better offers for Alstom than were available at the beginning,” French Finance Minister Michel Sapin said on i-Tele television.

GE plans to have an independent audit to back up the company’s job-creation as part of an Alstom deal, one person familiar with the talks said. GE also is willing to make commitments for future spending on France-based operations, another person said.

GE rose 0.1 percent at the close in New York yesterday. Siemens gained 0.8 percent in Frankfurt as of 2:09 p.m. while Alstom dropped 0.5 percent in Paris.

Alstom has said it would consider other offers before the June 23 deadline, and Siemens unveiled details of a joint bid with Mitsubishi for Alstom’s energy operations on June 16. Siemens CEO Joe Kaeser told the National Assembly this week that the Munich-based company would also safeguard jobs and local investments.

Siemens is offering 3.9 billion euros for Alstom’s gas turbines, while Japan’s Mitsubishi and partner Hitachi would pay 3.1 billion euros for stakes in the steam-turbine, power-grid and hydro businesses. The German manufacturer is also offering to combine its entire rail business with Alstom’s.

While Alstom helped broker the GE plan and has supported the U.S. company, Siemens has sought to play up its appeal with governments in France and Germany, which are keen to back the creation of leading European companies in energy and transportation.

Mitsubishi has approached shareholder Bouygues SA about acquiring a stake of as much as 10 percent in Alstom, a holding valued at about 900 million euros, CEO Shunichi Miyanaga told the lawmakers. He said he wants the French state to also take 10 percent of Alstom to support the deal. The French government hasn’t ruled out taking an Alstom holding, a person familiar with the matter said yesterday.

“I fully understand why Siemens would like to get rid of their Transport business. If I was them, I would try to do the same,” Alstom CEO Patrick Kron was quoted as saying in a Exane note today. “Well, they are allowed to dream,” he was quoted as saying. An Alstom spokeswoman declined to comment on the note.

Charges for delayed train deliveries have trimmed hundreds of millions of euros from Siemens’s profit since 2011.

Alstom’s initial assessment of the Siemens plan is that it’s too complicated, requiring a mix of cash and assets and the creation of joint ventures and the separation of existing operations, two people familiar with the matter have said. The French company doesn’t view a separation of the gas and steam turbines business as workable, said the people.

“It is both highly complex in structure and likely to be immensely more so from an operating standpoint,” Nicholas Heymann, a New York-based analyst at William Blair & Co., said in a June 17 report. “Splitting gas and steam turbines may not be viable.”