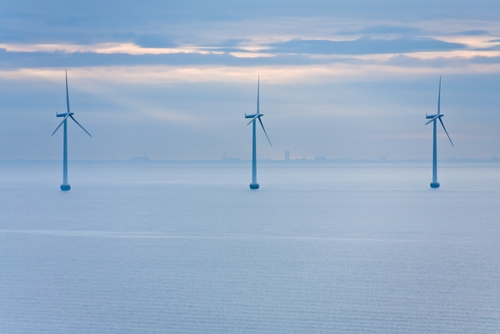 BERLIN — Germany backed measures to charge consumers and grid operators for risks linked to installing sea- based wind farms, in an effort to support investments from developers including EON AG and RWE AG.

The draft bill endorsed by Chancellor Angela Merkel’s Cabinet of Ministers would make power consumers pay as much as 0.25 euro cents a kilowatt-hour if wind farmowners can’t sell their power because of delays in connecting turbines to the grid. The plan is aimed at raising investments after utilities threatened to halt projects and grid operators struggled to raise financing and complete projects on time.

“We lacked investments in wind parks and grid projects,” because it wasn’t clear who would pay for possible delays, Economy Minister Philipp Roesler told reporters in Berlin. “With this regulation, the likelihood that liability losses will arise is now minimized.”

Germany is boosting investment in clean energy to replace nuclear power by 2022. While it seeks to build offshore wind farms, work is being held up by delays in linking turbines to the electricity grid. RWE AG last month said it postponed a decision on building the Innogy Nordsee 1 offshore wind farm until 2013 as it waits for the government to set out who will pay for delays.

Potential costs for the average private household with 3,500 kilowatt-hours of yearly consumption would amount to 8.75 euros ($11).

“We expect this to be a temporary problem,” said Environment Minister Peter Altmaier. “I expect the significance of this liability fee to decrease constantly over the coming years because grid expansion will go more smoothly.”

Germany added 45 megawatts of offshore wind turbines in the first half, less than expected, mainly because of the grid connection delays. That means the country won’t reach its target of adding 10 gigawatts of sea-based turbines by 2020, Thorsten Herdan, head of VDMA Power Systems, a manufacturers’ group, said Aug. 1.