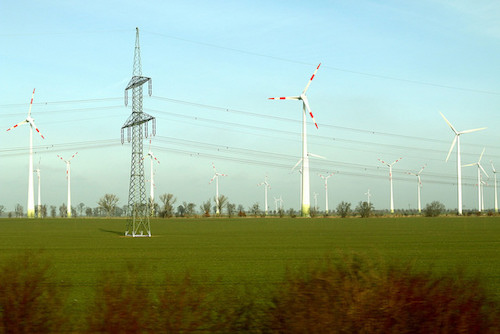 Two years ago, Mark Jacobson, director of the Atmosphere and Energy Program at Stanford University and staunch supporter of renewables,  shared his opinion on Germany’s Energiewende, and the article garnered much attention. As the program has progressed, I reached out to Jacobson as well as Carl Pope, former executive director of the Sierra Club; Chris Nelder, energy analyst; and Damon Matthews, Concordia University research chair — climate science and sustainability, to get their views on Energiewende today. Together they covered many aspects of the program’s effect from economics to environmental impact. Here are their insights:

The world is transitioning to 100 percent clean, renewable wind, water, and solar electricity for all purposes, but not fast enough. Such a transition is essential for stopping the large-scale humanitarian disaster that is occurring daily today and that will increase in the future due to our energy consumption. Converting will eliminate 4-7 million annual premature air pollution mortalities worldwide due to fossil fuels; eliminate global warming; create more global jobs than lost; stabilize energy prices because fuel costs are near zero; reduce international conflict by creating energy-independent regions; and reduce terrorism risk by decentralizing power.

The barriers to conversion are neither technical nor economic. They are primarily social and political. To that end, it is important for some countries and states to lead by example to show that barriers to a transition can be overcome. Germany’s Energiewende has proven to be an effective example of how to start and accelerate a transition. The key test will be to determine whether such a transition can be completed. Humanity will depend on this.

Germany’s Energiewende is entering a critical new phase — and once again Germany is poised to be a path-breaker. In its latest forecasts, Bloomberg New Energy Finance projected that even though current levels of investment in renewables in Germany are only one-third of their peak, by 2040 the percent of Germany’s electrons that come from intermittent renewables will rise from 16 percent to 77 percent, and that as Germany has shifted its emphasis from high-cost renewables incentives like feed-in tariffs to low-cost policies like auctions, wind has become the cheapest form of electricity available to its grid, even as its total projected electricity demand is falling.

This means that going forward the incremental cost of increasing renewables share at the point of generation is negative — a non-issue. But a national grid which is 77 percent intermittent, substantially distributed, but zero marginal cost electrons raises a broad swathe of issues which are not solved by the current technological and economic structures derived from an era of high marginal cost but dispatchable centralized generation.

A very high level of connectivity and information transparency is almost certainly the sine qua non for such a system. And Germany, because it is a federal system with push and pull between the center and the various states, is actually a much more useful laboratory for the world than a small, centralized example like Denmark. Both the U.S. and India, for example, face the kinds of interstate tensions about transmission and who pays vs. who benefits from zero marginal cost connectivity that Germany struggles with. (Hint — there is no market theory to answer this question, so macro-economic models are not helpful — old fashioned political economy is much more useful.)

And the question of international connectivity within the EU grid also grows more important as the overall reliance on intermittent renewables spreads Europe wide. France, it appears, will have the largest proportion of dispatchable electrons in 2030 because of its legacy nuclear fleet — how can the EU as a whole make the best economic use of this asset?

Storage is another much more critical ingredient in such an energy world. But what exactly do we mean by storage in the 21st century? The Volkswagen scandal is also, for Germany, a crisis. For Europe as a whole, it means that the project of postponing a disruptive transition to electric vehicles through massive numbers of “clean diesel” cars has been an enormously expensive detour, creating a vast array of stranded assets in Europe’s auto industry. Electric vehicles (EV) as a form of storage has been posited in the U.S. as one visionary solution. But the EV revolution is also a transition from personally owned and driven vehicles to collectively managed fleets of autonomous EVs, which instead of sitting idle 90 percent of the time are on the road almost all of the time during waking hours — these vehicles instead of becoming a source of dispatchable storage for the grid become a much steadier drain.

So the Energiewende’s next phase will be challenging. But Germany did the world an enormous favor with its first phase investments — and the rest of us need for the country to stay the course for the next and very intriguing round.

Meeting the 2 degrees Celsius climate target requires that global CO2 emissions be eliminated before the end of this century, and as early as 2070 if we want to maintain a reasonable likelihood of not exceeding this threshold. Given the current emissions inequalities among countries, high-emitting countries need to lead the way on decarbonization, and set their sights on complete decarbonization by mid-century. Germany is the most compelling example of progress in this direction, but even the ambitious emission targets of the Energiewende (80-95 percent decreases by 2050) may not be ambitious enough to keep us below the 2 degrees Celsius target.