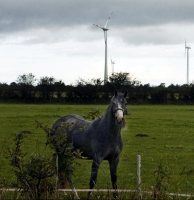 London — The leading global wind industry trade show no longer faces an uncertain future with the recent announcement that Messe Husum, which has hosted the long-running Husum Wind conference and exposition, and Messe Hamburg, representing a key location for German wind original equipment manufacturers (OEMs), have agreed to jointly host a new international trade show in Hamburg every other year, beginning in 2014. Beginning in 2015 the existing biennial Husum Wind fair will become more focused on the domestic market.

Concerns had been raised over the future of the long-running Husum show since last year, after an announcement that there would be a simultaneous competing show in Hamburg. Some large OEMs had questioned the continuing relevance of the Husum show given its out-of-the-way location. Opinion was divided, and the existence of two competing shows, with some companies remaining loyal to Husum while others welcomed a move to Hamburg, threatened to split the industry.

This would have been bad news not only for the trade fair but also for Husum itself, a sleepy, often muddy rural town in North Friesland that has prospered due to the annual influx of wind industry conference-goers. “Here we have 35 employees, 100 limited partners, and numerous local businesses that we feel responsible for,” said Peter Becker, managing director of Messe Husum und Congress. Husum is located 139 km northwest of Hamburg, in an area with many wind farms but few people.

Husum Wind has been the leading industry trade show since the early days of the industry. Begun when wind power was in its infancy, the show has been called “Windstock” due to its communal feel. But Husum Messe offers a limited number of fixed exhibition assets, and as the show has grown to accommodate an expanding industry much of it has been held in marquees in surrounding fields. Still, meeting at Husum every other year is a wind industry tradition with much history behind it, and some industry veterans were dismayed at the idea of abandoning that history, while others welcomed the move.

“We are pleased with the solution that has been found, and which assures that the leading international wind industry trade fair will remain in northern Germany in the long term. We will develop it together and offer both the onshore and offshore sectors the world’s leading platform in the wind metropolis Hamburg. At the same time, we will be continuing the long tradition in Husum while focusing on the needs of the domestic wind market,” Becker and Aufderheide said in a joint statement. “This will make ideal use of the strengths of both exhibition venues, whereby they offer exactly the service that the wind industry wants.”

Sylvia Pilarsky-Grosch, president of the German Wind Industry Association (BWE), said: “We represent about 20,000 members, who are active in different markets and therefore have different expectations for a wind energy trade fair.The joint concept combines the tradition and atmosphere of Husum, which is important for the German market, and the benefits of Hamburg, which are expected by international exhibitors.”