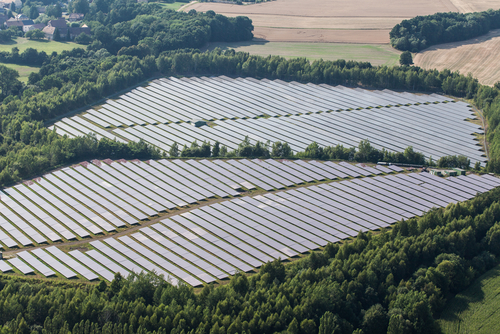 Germany’s third test auction for solar capacity produced a bid 5.8 percent lower than in the previous round, underpinning government hopes that clean energy will become competitive more quickly when developers must compete for contracts.

German energy regulator Bnetza awarded 200 MW of utility-scale power at 8 euro cents a kWh (8.6 U.S. cents) for the auction opened in December, it said Wednesday. That’s a drop from 8.49 euro cents that was the lowest offer in the second sale last year. Bidding rules determine that the highest winning price for any one bloc sets the price for the remaining winners. The next auction for 125 MW is due in April.

The government is rolling out auctions for solar and wind power from 2017 to replace feed-in-tariffs, which guaranteed a specific price for electricity for all developers that qualified. Germany’s biggest clean-energy lobbies are concerned that planned auctioned capacity will be too little, hampering growth.

Using the lever of auctions, the federal administration seeks greater control over clean energy expansion than it had since feed-in-tariffs kicked off in 2000. Clean power comprised 33 percent of all power consumed last year, up from 27 percent in 2014.