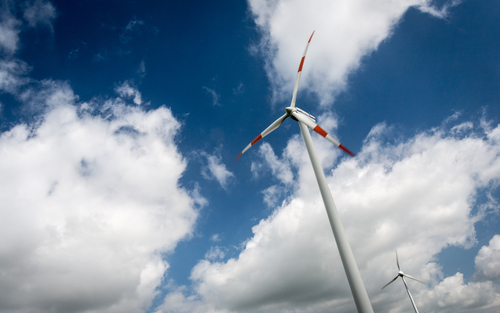 The project will be in the Arvand Free Trade Zone in Iran’s Khuzestan province, project manager Frank Riesbeck said in a phone interview. Turbine shipments due to begin in January will be provided by Vestas Wind Systems A/S and Xinjiang Goldwind Science & Technology Co., he said. The wind park should be operational by the middle of next year, said Riesbeck, describing the investment as private capital from “experienced German wind partners.”

“Renewables are a good solution for the Iranian government as they want to reduce dependence on oil,” Riesbeck said Monday. “The potential is very high, especially for the solar industry. The government-set conditions are getting better and there are high feed-in tariffs.”

Iran set a target last year to reach 5 gigawatts of power generated from renewable energy by 2015, according to the state-owned Islamic Republic News Agency. The country currently has about 150 megawatts. That goal has now been extended to 2018, according to Riesbeck. The Energy Ministry recently boosted feed-in tariffs to the equivalent of 18 U.S. cents a kilowatt- hour, up from 15 cents.

The Abadan, Iran-based company also plans to develop a 20-megawatt photovoltaic solar plant for 25 million euros in the same free trade zone. Riesbeck expects funding to be raised from German investors again and hopes for it to be operational by the end of 2016.

Development Environment Arvand has a pipeline of Iran-focused projects for a total of 300 megawatts that it hopes may be completed by the end of 2018. The planning and project development will be done by Berlin-based consultancy GI Umweltconsult, of which Riesbeck is also a co-founder.