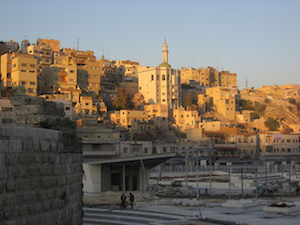 The International Finance Corporation (IFC) is to oversee the funding of what will be the largest solar plant in Jordan.

The World Bank company has been appointed by UAE renewables firm Masdar, whose subsidiary Baynouna Solar Energy Company is developing the 200-MW project.

Expected to break ground later this year, the plant will be built 10 kilometres outside the Jordan capital of Amman.

Eric Becker, the IFC’s MENA infrastructure manager, said the solar plant would be vital because “the Middle East and North Africa continue to face serious power shortages and there is now even greater pressure on infrastructure services.”

The project follows the inauguration of the 117-MW Tafila wind farm in Jordan in December 2015, the Middle East’s largest onshore wind power project in which Masdar has a 31 percent stake.

Masdar said the combined output of the Tafila and Baynouna plants will account for nearly 18 percent of the 1.8 GW of renewable energy Jordan plans to install by 2020.