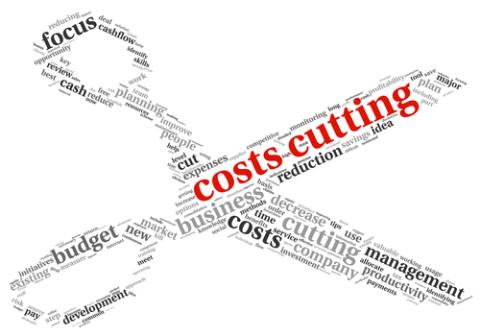 TOKYO — Operators of a wind farm in waters off Fukushima prefecture, site of the March 2011 nuclear disaster, aim to cut the cost of setting up the floating turbines by half as they push to commercialize the technology.

The pilot project, funded by the government and led by trading house Marubeni Corp., began operations on Nov. 11 with a 2-megawatt turbine connected to a substation. Both are about 20 kilometers (12 miles) off the coast of Fukushima. The project’s second phase will see the installation of two more turbines from Mitsubishi Heavy Industries Ltd. with 7 megawatts capacity each.

“The most important thing for the first phase was to float the turbine and make it work, rather than the cost,” Tomofumi Fukuda, a Marubeni official, said earlier this month in Fukushima after a ceremony to mark the start of operations. “For the second phase, it will become very important to figure out how to reduce costs to commercialize the technology.”

The effort off Fukushima is part of a broader push by Japan to diversify its sources of energy after the nuclear disaster in 2011 and the subsequent idling of the nation’s fleet of atomic power stations for safety checks. Prime Minister Shinzo Abe’s Cabinet has set a target of making floating offshore windtechnology viable by 2018.

Manufacturing and installing the 2-megawatt wind power generation system, which is able to generatepower for about 1,700 homes, cost slightly more than 2 million yen ($20,000) per kilowatt, Fukuda said. Operators want to reduce that to 1 million yen per kilowatt by the second phase when the next two turbines are installed, he said.

At that level, they would become competitive with offshore wind projects that use monopile foundations to fix turbines to the ocean floor, Justin Wu, Bloomberg New Energy Finance’s head ofwind analysis, said.

“It cost us more than we’d anticipated to set up the station,” Keisuke Murakami, an official in charge of the program at the Ministry of Economy, Trade and Industry, said.

Costs for the project escalated partly because of seas conditions and high waves from a typhoon that prevented workers from reaching the site.

The 2018 target for Japan is “challenging,” BNEF’s Wu said. “The real cost cutting comes from doing a lot of it,” he said.

Regardless of those hurdles, the project’s backers say Japan has good reason to push the development of floating offshore wind farms. Floating turbines can operate in deep waters such as those surrounding Japan’s 35,000 kilometers of coastline, the sixth longest in the world. Bottom-fixed turbines are more suited for shallower waters where foundations are installed directly to the seabed.

Japan has 1,383 gigawatts of available offshore wind energy, compared with 268 gigawatts onshore, according to estimates by the Ministry of the Environment.

Development of floating offshore technology would benefit turbine makers such as Mitsubishi Heavy and Hitachi Ltd., as well as engineering companies such as Nippon Steel & Sumikin Engineering Co.

The government has committed 22 billion yen to the five- year project, surpassing the original budget of 18.8 billion yen. For the fiscal year starting April 1, the trade ministry is requesting 31 billion yen.

The additional budget, pending approval, would be used to install the two turbines, said Murakami. The ministry also wants to try out different types of technologies for turbines, floating structures and other components to find cheaper alternatives, he said.

The trade ministry has said the Fukushima project may be extended to 1,000 megawatts. Operators will need to get approval from local fishermen to commercialize the project.

“Fukushima’s image has been tarnished since March 11,” said Yuichi Manome, a fisherman from Iwaki City. “By doing this project, the first of its kind in the world, we can show the world a different Fukushima.”